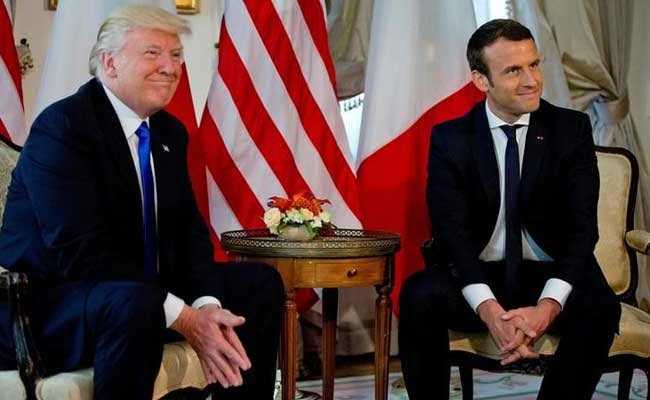 Paris: French President Emmanuel Macron said he was hopeful that U.S. President Donald Trump would reverse his decision to pull the United States out of the Paris climate accord, according to weekly newspaper Le Journal du Dimanche (JDD) on Sunday.

"(Trump) told me that he would try to find a solution in the coming months," Macron told the paper, referring to meetings the two leaders had this week in Paris.

"We spoke in detail about the things that could make him come back to the Paris accord," he added.

Trump has said the Paris accord is soft on leading polluters like China and India, putting U.S. industry at risk.

Trump on Friday appeared to hold the door open to a change of position on the 2015 Paris climate change agreement which he pulled the United States out of earlier this year.

The accord, reached by nearly 200 countries in 2015, was meant to limit global warming to 2 degrees or less by 2100, mainly through pledges to cut carbon dioxide and other emissions from the burning of fossil fuels.

Trump has repeatedly said he would be open to a better deal for the United States.

Promoted
Listen to the latest songs, only on JioSaavn.com
(Reporting by Mathieu Rosemain and Michel Rose; Editing by Richard Chang)
© Thomson Reuters 2017