Trump, who appeared on an ABC town hall Tuesday, arrived in Minnesota shortly after Biden to speak to supporters in the small northern town of Bemidji. 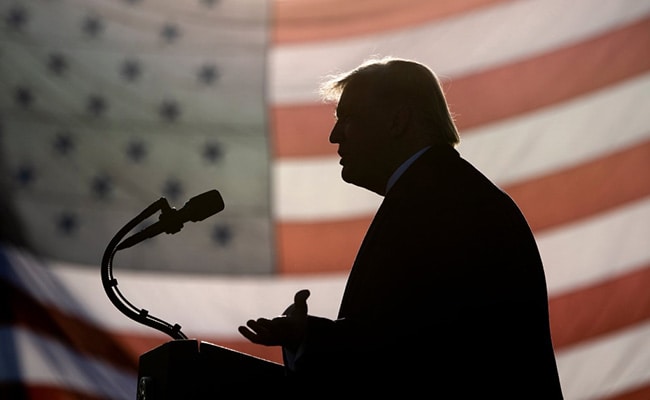 US President Donald Trump and his challenger Joe Biden made dueling trips to the battleground state of Minnesota on Friday, rapidly upping the tempo -- and harsh tone -- ahead of their first debate.

With the two candidates also fresh from holding televised town hall sessions, the 2020 contest is finally starting to look more like a traditional battle for the White House, six weeks before voting day November 3.

Biden has spent much of the year locked down, along with the rest of the country, to avoid exposure to Covid-19. But with a CNN town hall in Pennsylvania on Thursday and a visit to a trade union facility in Duluth, Minnesota on Friday, he is now hitting the campaign trail in earnest.

Trump, who appeared on an ABC town hall Tuesday, arrived in Minnesota shortly after Biden to speak to supporters in the small northern town of Bemidji.

The state's Democratic governor, Tim Walz, urged both teams to respect the measures in effect throughout Minnesota to slow the spread of Covid-19.

Although Trump has campaigned far more intensely than Biden, he is also ramping up the pace and scale of his trademark rallies after being forced mostly to shelve them during the worst months of the pandemic.

The former vice president slammed Trump's handling of the Covid-19 pandemic during his speech in Duluth, speaking directly to the miners in the region who voted for the Republican billionaire in 2016 after decades of Democratic victories.

"How many people across the Iron Range, how many empty chairs around those dinner tables, because of his negligence and his selfishness?" Biden asked.

"Times are hard. Unemployment is way up," he added.

The day before, Biden had called on Trump to resign over his management of the global health crisis, which has killed nearly 200,000 people in the US and torpedoed the world's leading economy.

Biden also on Friday took a new line of attack against his opponent, highlighting his own modest origins compared to Trump, who was the heir to a fortune.

"I don't respect people based on how big the house they live in is," Biden said. "I don't look down my nose at people busting their necks for just making a living."

Minnesota is a historically Democratic state. However, Trump only narrowly lost there by less than two percentage points in 2016 against Hillary Clinton.

Despite polls showing Biden ahead now -- the latest Morning Consult poll had Biden at 48 percent support and Trump at 44 percent -- the real estate mogul thinks he can flip it this time.

"Sleepy Joe doesn't have a clue" how to handle a pandemic, Trump tweeted before taking off for Minnesota.

Biden's trip reflects that the Democrats are taking that threat seriously, with Trump likely to push his twin messages of protecting blue collar jobs and clamping down after a summer of sometimes violent street protests nationwide against police brutality and racism.

Heavily criticized by voters for his handling of the Covid-19 crisis, Trump has seized on stoking fears of leftwing violence as a way to refocus his campaign in the final weeks.

It's a sensitive topic in Minnesota, where the wave of unrest began in May when an African American man, George Floyd, died in police custody while a Minneapolis officer kneeled on his neck for almost nine minutes.

The intensifying campaign is seeing both candidates sharpen the tone, with Trump telling voters at a rally in Wisconsin on Thursday "the gloves are off."

The septuagenarian candidates' trips coincide with the start of early voting in Minnesota, either in person or by mail. According to an ABC/Washington Post poll, nearly 40 percent of residents plan to vote before November 3.

Voting before Election Day has long been in effect in many states. But the trend is expected to increase significantly this year due to Covid-19. Many states are offering more flexibility for voters who do not want to physically go to the polls in November.

On September 29, the rivals will hold their first of three debates, a moment widely seen as having the potential to inject real drama in a race that has so far seen Biden holding a steady lead in the polls.