"The people of Iran are finally acting against the brutal and corrupt Iranian regime," Trump tweeted, a day after calling for regime change in the Islamic republic. 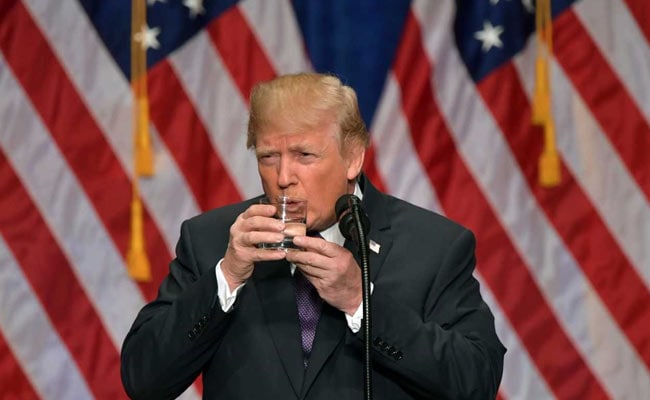 Washington, United States: President Donald Trump praised Iranian protesters on Tuesday for acting against Tehran's "brutal and corrupt" regime after days of bloody unrest, while also lashing out at his predecessor Barack Obama.

"The people of Iran are finally acting against the brutal and corrupt Iranian regime," Trump tweeted, a day after calling for regime change in the Islamic republic.

"All of the money that President Obama so foolishly gave them went into terrorism and into their 'pockets.' The people have little food, big inflation and no human rights. The US is watching!"

The comments were Trump's latest criticism of, and hint of a possible US withdrawal from the 2015 nuclear deal between Iran and six world powers -- Britain, China, France, Germany, Russia and the United States -- that was a signature foreign policy achievement of the Obama administration.

Trump has been vocal on Twitter about the protests in Iran since they erupted last week.

On Monday, he said it was "time for change" in Iran and that the country's people were "hungry" for freedom.

Iranian President Hassan Rouhani has hit back at Trump's comments, saying the US leader -- whose "whole being is against the nation of Iran -- has "no right" to sympathize with protesters.

Protests began in Iran's second largest city Mashhad and quickly spread to become the biggest challenge to the Islamic regime since mass demonstrations in 2009.

(This story has not been edited by NDTV staff and is auto-generated from a syndicated feed.)
Comments
Donald TrumpIranTehran unrest