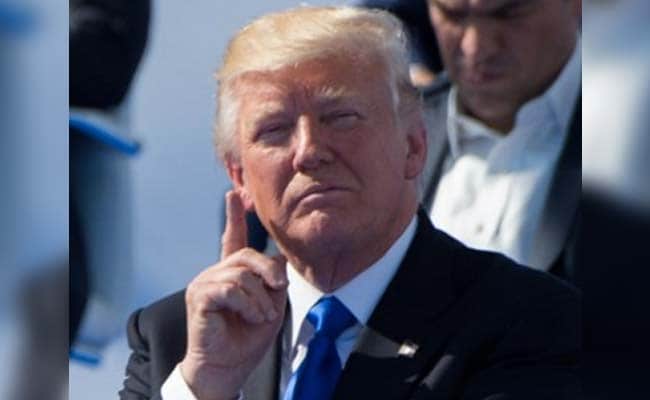 Washington: US President Donald Trump has said that his maiden budget will lay the foundation of a "new America" and reverse economic stagnation by creating millions of new jobs in the country.

"My administration is laying a new foundation to build a future of economic prosperity and achieve American Greatness. The budget we are proposing will reverse economic stagnation and open the path to millions of new jobs for American workers," President Trump said in his weekly radio and web address to the nation.

He said that there will be no reduction of funds in the budget for Social Security and Medicare.

"We will balance the budget without making cuts in Social Security and Medicare. We will achieve our goals by doing exactly what you do in your home: setting priorities, cutting the fat, and growing new opportunities," he said.

Mr Trump said that the economic growth is important but "is not possible without safety and security".

"We will grow our economy; it is growing already. It will grow faster than you've seen it in decades. That is why our budget reverses years of cuts to our military that have made us less safe in a more dangerous world," he said.

"We are going to make sure the men and women on the front lines of freedom have the tools they need to keep us safe and totally secure," said the US President.

Donald Trump rued that for decades Washington has refused to make the tough choices, as a result of which, he said, "the American Dream has slipped from the grasp of more and more of our people".

"This has to change," Mr Trump asserted. "We need a government that spends on the right things - the safety, security, and well-being of our people - and stops the waste and abuse of taxpayer funds, whether in America or in global projects overseas - of which, perhaps, there are too many," he said.

Promoted
Listen to the latest songs, only on JioSaavn.com
The President said his first budget provides a firm new foundation for the jobs, safety, and prosperity for all Americans in the years to come.