Donald Trump held open the possibility that the two leaders could meet at a later date to discuss denuclearization of the Korean peninsula, which Trump has been pushing. 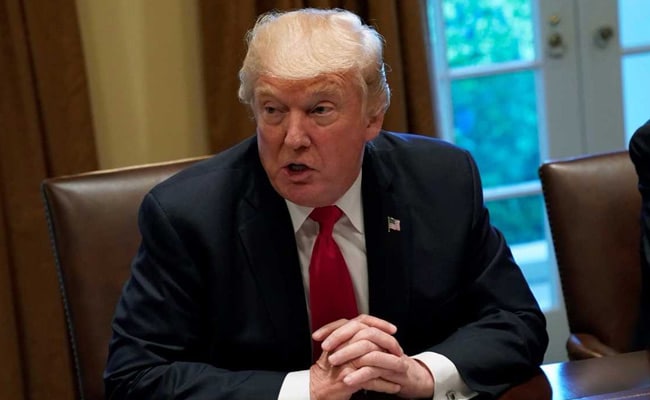 The summit between Donald Trump and Kim Jong Un had been planned for June 12. (File)

"I feel it is inappropriate, at this time, to have this long-planned meeting," Trump said to Kim in a letter released by the White House on Thursday morning.

The summit had been planned for June 12 in Singapore.

In his letter, Trump held open the possibility that the two leaders could meet at a later date to discuss denuclearization of the Korean peninsula, which Trump has been pushing.

The decision came amid hostile warnings from North Korea in recent days that it was reconsidering participation, including a statement that the United States must decide whether to "meet us in a meeting room or encounter us at nuclear-to-nuclear showdown."

A close aide to Kim unleashed a torrent of invective against the Trump administration Thursday morning, calling Vice President Mike Pence a "political dummy" for remarks he made Monday in a television interview that made reference to the downfall of the late Libyan leader Moammar Gadhafi.

North Korea has bristled at Trump administration suggestions that it follow the "Libyan model" to abandon its nuclear efforts. Gadhafi was killed in 2011 during anti-government chaos.

"I was very much looking forward to being there with you," Trump said in his letter. "Sadly, based on the tremendous anger and open hostility displayed in your most recent statement, I feel it is inappropriate, at this time, to have this long-planned meeting."

"The world, and North Korea in particular, has lost a great opportunity for lasting peace and great prosperity and wealth," Trump said.

Even amid the heightened rhetoric, there were signs Thursday that North Korea continued to be interested in a summit.

North Korea claimed to have destroyed its nuclear testing site Thursday, setting off a series of explosions to collapse a network of underground tunnels where it had detonated six increasingly large bombs over 11 years.

Promoted
Listen to the latest songs, only on JioSaavn.com
The North set off a series of made-for-TV blasts that were reported by journalists brought to the site. But the Kim regime did not allow any experts to observe the events, making it difficult to assess what exactly they had done. Most analysts remain highly doubtful that North Korea is actually prepared to give up its nuclear program.