Delivering his address to the annual gathering of UN heads of state, Donald Trump began in the hyperbolic style of a domestic campaign as he boasted of his record 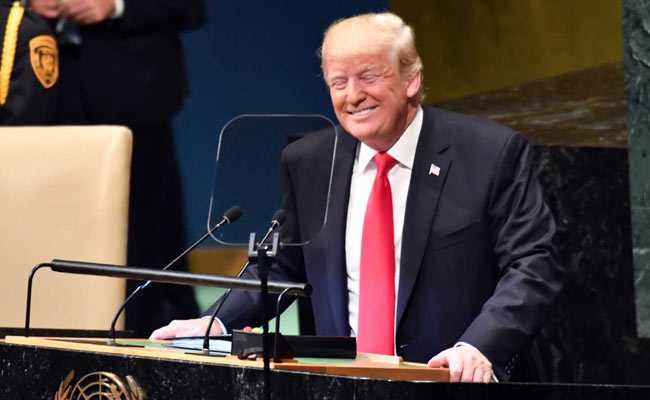 Donald Trump, whose political ascent has been full of firsts, on Tuesday achieved another rare feat -- bringing laughter to the solemn UN General Assembly.

Delivering his address to the annual gathering of UN heads of state, Trump began in the hyperbolic style of a domestic campaign as he boasted of his record.

As assembled global dignitaries started to chuckle, Trump interrupted his prepared remarks and insisted, "So true."

With the laughter audible, Trump smiled and said, "I didn't expect that reaction, but that's okay."

He proceeded to tout low US unemployment before proceeding with the rest of his address, a hardline defense of the US right to act on its own without bowing to global rules.

Trump urged international pressure against Iran, after he annoyed European allies by withdrawing from an agreement on curbing Tehran's nuclear program, and lashed out at the OPEC cartel over oil prices and China over the imbalance in trade.

Light moments are exceedingly unusual in the UN General Assembly, which follows a strict protocol in with each world leader is escorted to the rostrum for an address on issues of the day.

In 2015, Zimbabwe's then 91-year-old strongman Robert Mugabe was met with laughter when he shouted "We are not gays!," part of his longstanding insistence that homosexuality is non-African.

(Except for the headline, this story has not been edited by NDTV staff and is published from a syndicated feed.)
Comments
Donald TrumpUN AddressLaughter