The devices, known as M-44s, which are implanted in the ground and resemble lawn sprinklers, use a spring-loaded ejector to release sodium cyanide when an animal tugs on its baited capsule holder. 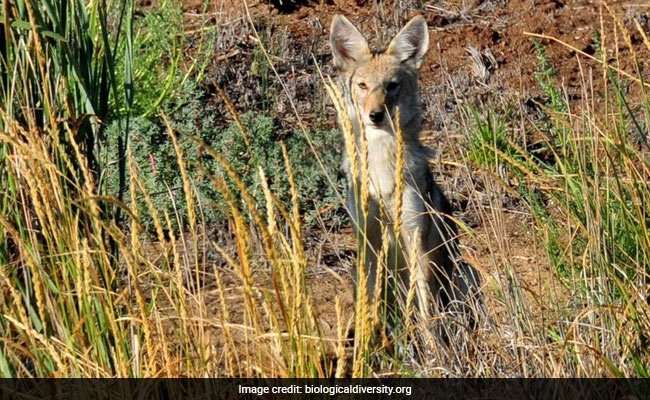 US President Donald Trump's administration has re-authorized the use of controversial poison traps known as "cyanide bombs" to kill wild foxes, coyotes and feral dogs despite overwhelming opposition from conservation groups.

The devices, known as M-44s, which are implanted in the ground and resemble lawn sprinklers, use a spring-loaded ejector to release sodium cyanide when an animal tugs on its baited capsule holder.

The government halted the use of the devices last year after one of them was responsible for injuring a boy and killing his dog in Idaho.

The family has also filed a case against the federal government.

The decision to re-instate their use was announced in the Federal Register earlier this week, and met with outrage by environmental groups that led a campaign to flood the Environmental Protection Agency with more than 20,000 letters.

"They're incredibly dangerous to people, their pets and endangered wildlife, they're just too risky to be used," Collette Adkins, carnivore conservation director for the Center for Biological Diversity, told AFP on Thursday.

"The livestock industry wants it," she said, adding that agriculture industry groups sent about 10 comments in favor of re-authorizing M-44s to the EPA.

According to government data, M-44s killed 6,579 animals in 2018, including more than 200 "nontarget" animals including opossums raccoons, skunks and a bear.

"These numbers probably significantly under-estimate the true death toll since Wildlife Services is notorious for poor data collection and an entrenched 'shoot, shovel, shut up' mentality," the Center for Biological Diversity said in a statement.

The EPA did add certain new restrictions, including that devices may not be placed within 100 feet of a road, and that warning are still required to be placed within 15 feet of the device -- though this would not reduce deaths of non-target wildlife.

Adkins said her organization would continue to lobby for state-level bans, the latest of which was passed by Oregon in May.