Dog-Loving Bidens Finally Got A Cat: All You Need To Know 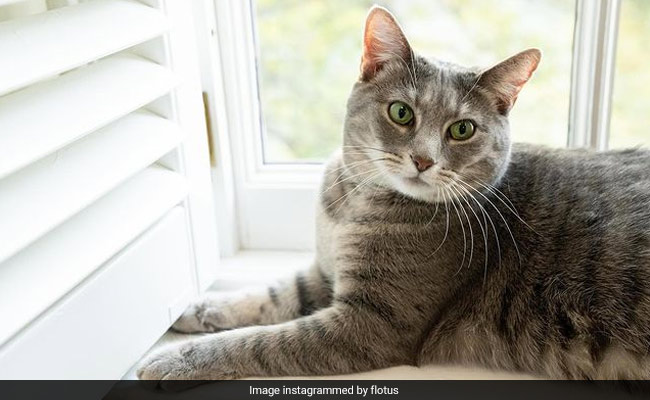 The political pussycat is a short-haired tabby named Willow.

The dog-loving Bidens have finally fulfilled a key White House pledge -- they got a cat.

The political pussycat is a short-haired tabby named Willow, a spokesman for Jill Biden said Friday. Pictures posted by the first lady on Twitter showed the gray-and-white-striped pet prowling in the red-carpeted splendor of the presidential residence.

It was the kind of soft, even cuddly Friday news the White House might need in these days of tension with Russia, soaring inflation and a stubborn, if receding, Covid-19 pandemic.

"We're waiting for a bad news day," Press Secretary Jen Psaki joked back in June about going through with the long-expected cat plan. "If you see a tail wagging coming out of the briefing room, you'll know something bad is about to happen."

Willow brings serious political chops: she's a farm cat from Pennsylvania -- ground zero in tight presidential elections -- and was first encountered in 2020 when she jumped onto a stage where the future first lady was campaigning.

"Willow made quite an impression on Dr Biden," Michael LaRosa, the first lady's press secretary, said.

"Seeing their immediate bond, the owner of the farm knew that Willow belonged with Dr Biden."

LaRosa said, "Willow is settling into the White House with her favorite toys, treats, and plenty of room to smell and explore."

There was no answer to questions on Willow's ability to bridge the bipartisan divide with dogs, but Washington probably won't have to wait long to find out: the Bidens got a new German Shepherd puppy, Commander, just before Christmas.

The Bidens used to have two adult German Shepherds but one, Champ, died last year and the other, Major, was sent away to live with family friends because of a series of biting incidents involving White House staff.

Indeed, the US presidential mansion has a long and storied history as a pro-dog house. Pooches -- more than 100 -- have roamed and sniffed its corridors as far back as the days of George Washington.

America's first president actually bred a kind of dog called the American Foxhound, and his journals feature specimens with names like Sweet Lips and Drunkard, the American Kennel Club says.

White House cats are a much rarer species.

One of the most popular was Socks -- Bill, Hillary and Chelsea Clinton's black and white short-haired cat in the 1990s. An adopted stray, Socks made it big, even being photographed sitting at the presidential desk in the Oval Office.