Doctors Started Brain Surgery, Then Realized They Were Operating On The Wrong Patient

Kenya's Daily Nation reported that staff at Kenyatta National Hospital in Nairobi had mixed up two patients' identification tags before the surgery. 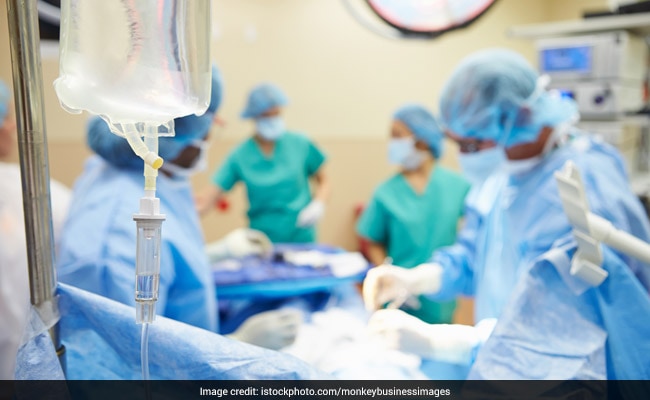 The staff had been operating for hours before they realized the mistake. (Representational image)

A neurosurgeon and medical team opened a patient's skull last month to remove a blood clot in the brain and came to a startling discovery: There wasn't one.

Kenya's Daily Nation reported that staff at Kenyatta National Hospital in Nairobi had mixed up two patients' identification tags before the surgery. One patient required brain surgery to remove a clot, and the other needed treatment for brain swelling. The staff had been operating for hours before they realized the mistake.

The sobering mix-up ignited widespread concern, with some on social media calling for the hospital's board members to resign.

Kenyatta National's CEO Lily Koros Tare said in a statement Thursday that four medical professionals had been suspended after "apparently operating on the wrong patient." The four include the neurosurgeon, ward nurse, theater receiving nurse and anesthetist, she said.

On Friday, Kenyan health cabinet secretary Sicily Kariuki placed the CEO and the director of clinical services on compulsory leave pending an investigation, according to the Daily Nation.

The Daily Nation explained that patients are prepared for surgery and taken into the operating room with a name tag on their gowns to identify them. A source, who was not named, told the newspaper that the surgeon does not have any communication with the patient before the operation and simply goes on the information in the patient's chart.

Fellow doctors at the hospital said in a statement to the Star that the nurses who prepared the patient for surgery are the ones to blame for apparently mixing up the identification tags.

Hours into the operation last month, the medical team could not find the expected blood clot and consulted a senior neurosurgeon, who advised them to stop, according to the Daily Nation.

The Daily Nation reported that "in a miracle of some sort," the mistreated patient, who was not publicly identified, is in good condition, and the one who actually had the blood clot may not have surgery now "because he had improved significantly."

Hospital officials said in Thursday's statement that the medical center "deeply regrets this event and has done all it can to ensure the safety and well being of the patient in question."

The incident comes weeks after the country's health minister called for an investigation into claims on social media that new mothers had been sexually assaulted by male staff members in the newborn unit at the hospital, according to BBC News.

Promoted
Listen to the latest songs, only on JioSaavn.com
Hospital officials denied the allegations, saying in a statement in January that the "damning and untrue social media report is authored in bad faith and members of public of goodwill need to ignore."