Cannabis growers, sellers and financial institutions supporting them, a roughly $7 billion industry, are particularly under threat by the move, and the lack of clarity on how toughly federal anti-pot laws will be enforced will make it difficult for any to build their young businesses, industry experts said. 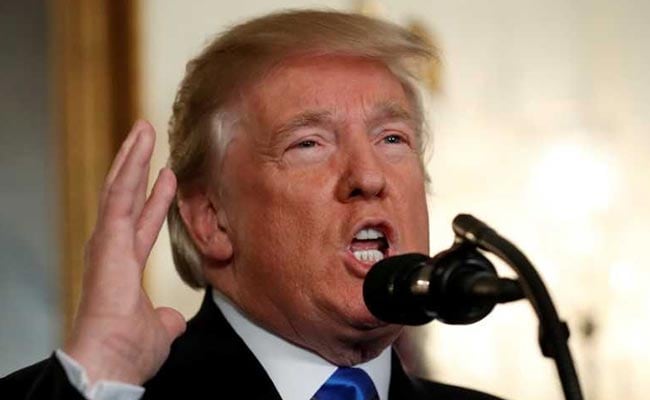 Cannabis growers, sellers and financial institutions supporting them, a roughly $7 billion industry, are particularly under threat by the move, and the lack of clarity on how toughly federal anti-pot laws will be enforced will make it difficult for any to build their young businesses, industry experts said.

Attorney General Jeff Sessions on Thursday rescinded the policies of the former Obama administration that made clear the federal government would not challenge local laws that were contrary to federal anti-pot statutes.

Announcing a "return to the rule of law," Sessions called on the 94 US attorneys around the country to enforce the federal laws, which classify marijuana as a dangerous narcotic like heroin.

People in the industry are very concerned, including those in the 29 states and the District of Columbia able to buy marijuana for medical use, and those in the six states that have begun producing and selling pot for recreational use, said Justin Strekal, political director of NORML, the key national lobby for reforming marijuana laws.

"The marijuana business community, in the event of increased federal enforcement, it is going to be the most threatened," he said.

"But the collateral consequence is to the consumers for those businesses.  If their friendly local medical marijuana dispensary is closed down,  that means they can't get the best medicine their doctor recommended for them."

Vendors in the six Western states which have begun recreational sales -- Colorado, Washington, Oregon, Nevada, Alaska and California -- were set on edge, not knowing if the policy shift presages a tough crackdown.

Sessions did not explain how the new stance would be enforced, saying it was up to the US attorneys in the areas.

Some, like Bob Troyer, the US attorney for Colorado, made clear there will be no change in his stance locally.

In Arkansas, which is in the process of launching a medical marijuana industry this year, Scott Hardin, spokesman for the state finance department, said that for them, Sessions' decision hasn't changed anything.

"We determined that we're going to move forward," he said, expecting that ultimately at least 30,000 people will sign up for medical marijuana.

"What we are looking for is that formal direction."

But with most of the federal prosecutors being appointed by the Trump administration, and some chosen by longtime cannabis opponent Sessions himself, Strekal said it was easy to imagine some taking a hard line.

"A US attorney who might have the inkling to play cowboy or make a name for themselves" could try to shut down pot farms, stores and dispensaries that local laws consider legal, he said.

Furthermore, federal prosecutors can use "RICO" laws aimed at organized crime to threaten others linked to the industry, whether banks, equipment suppliers or transport firms.

The decision sent the shares of publicly-listed pot industry firms, mostly industrial-sized cannabis farmers, tumbling between 13 and 31 percent Thursday. Most only recovered half of that loss Friday, and industry analysts said they could face more difficulties obtaining financing in the uncertain climate left by the Sessions decision.

The decision sparked fresh pressure on Congress to act to remove marijuana from the official federal list of dangerous drugs, which would ease the threat to pot users and businesses.

Legislators from states where cannabis is legal blasted Sessions for the policy shift.

Promoted
Listen to the latest songs, only on JioSaavn.com
"Our country is in the midst of an opioid crisis and the AG is going to divert resources to cracking down on medical marijuana? This is either willfully ignorant or cowing to corporate greed on behalf of pharma special interest profits," said New York Senator Kirsten Gillibrand.