"Do Not Travel To China": US To Citizens Amid Coronavirus Outbreak

A new State Department travel advisory raised the warning for China to the same level as Iraq and Afghanistan. 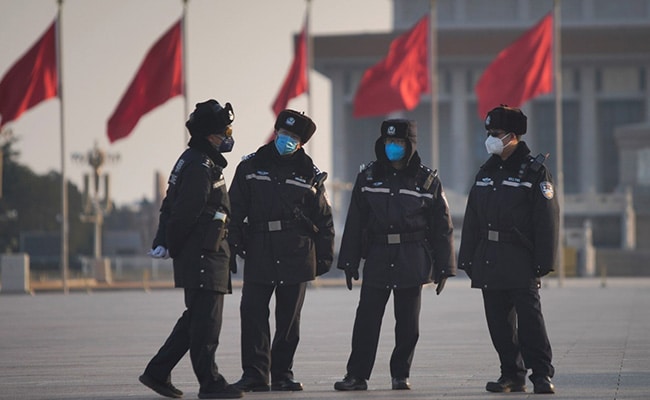 The US government warned Americans not to travel to China as the death toll from a new coronavirus reached 213 on Friday and the World Health Organization (WHO) declared a global health emergency.

A new State Department travel advisory raised the warning for China to the same level as Iraq and Afghanistan.

In a notice posted on its website, the department said: "Do not travel to China due to novel coronavirus first identified in Wuhan, China."

Beijing has not commented on the US travel warning, but in response to the WHO declaration a foreign ministry spokeswoman said China had taken "the most comprehensive and rigorous prevention and control measures".

"We have full confidence and capability to win this fight against the epidemic," spokeswoman Hua Chunying said in a statement.

Tedros Adhanom Ghebreyesus, WHO director-general, said the organisation "doesn't recommend - and actually opposes" restrictions on travel or trade with China.

The death toll in Hubei, the Chinese province at the centre of the epidemic, had risen to 204 and there were 9,692 cases of infection nationally as of Thursday, Chinese health authorities said. A total of 129 cases have been reported in 22 other countries and regions, with no deaths outside China.

International alarm over the new coronavirus that emerged in Wuhan, the capital of Hubei, in December, is driven by its rapid spread and the fact that infectious disease experts cannot yet know how deadly or contagious it is.

Italian Prime Minister Giuseppe Conte said all air traffic between Italy and China would stop, a more drastic measure than most countries have undertaken, after Italy announced its first confirmed cases in two Chinese tourists.

An increasing number of airlines have stopped flying to mainland China, including Air France KLM SA, British Airways, Germany's Lufthansa and Virgin Atlantic, while others have reduced flights.

The president of Japanese airline ANA Holdings (9202.T) said the company may consider suspending China flights, Jiji news agency reported on Friday. The airline said on Thursday that bookings for flights leaving China fell by half in February.

Foreign governments continued evacuating their citizens from Hubei and holding them in quarantine.

The first of four planned flights carrying South Koreans landed at the Gimpo International Airport on Friday, as tensions simmered around quarantine centres where they will be isolated, a plan vehemently opposed by nearby residents.

Japan said it would bring forward the date that it would designate the coronavirus an "infectious disease," as a third chartered flight carrying Japanese citizens arrived from Wuhan.

The designation starting Saturday allows compulsory hospitalisation and the use of public funds for treatment, among other measures. Japan has 14 confirmed virus cases.

The two Koreas opened a new hotline between Seoul and Pyongyang after they agreed to temporarily close their joint liaison office in the North's border city until virus concerns are eased, the South's Unification Ministry said.

Stock markets, which tumbled on Thursday due to the rising death toll in the world's second-biggest economy, steadied slightly on Friday after the WHO praised China's efforts to contain the virus.

However, economists fear the impact from the virus could be bigger than SARS, which killed about 800 people and cost the global economy an estimated $33 billion, as China's share of the world economy is now far greater.

In China, thousands of factory workers on Lunar New Year holidays may struggle to get back to work next week due to travel restrictions. Major firms such as Alphabet Inc's Google and Sweden's IKEA have closed China operations.

Four Chinese provinces, including Shandong and Heilongjiang in the industrial rust-belt region, have asked companies not to start work before February 10.

The virus is believed to have originated late last year in afood market in Wuhan that was illegally selling wildlife.

Some 60 million people in Hubei province are now living under virtual lockdown. There had been a further 1,220 cases detected in Hubei by end of Jan. 30, taking the total for the province to close to 6,000, Hubei's health commission said.

At least one doctor at a Wuhan hospital was beaten on Wednesday by the family of a patient infected with the coronavirus after the patient was pronounced dead, said Beijing-based online media firm Caixin.

New cases are being reported every day around the world, spurring cuts to travel, outbreaks of anti-China sentiment in some places and a surge in demand for protective face masks.

Medical experts say the rising number of human-to-human transmissions outside China suggests a greater potential for the virus to spread further.