Deutsche Bank To Pay $130 Million To Settle US Investigations

In addition to criminal fines and payments of ill-gotten gains, Deutsche Bank agreed to cooperate with government investigators under a three-year deferred prosecution agreement. 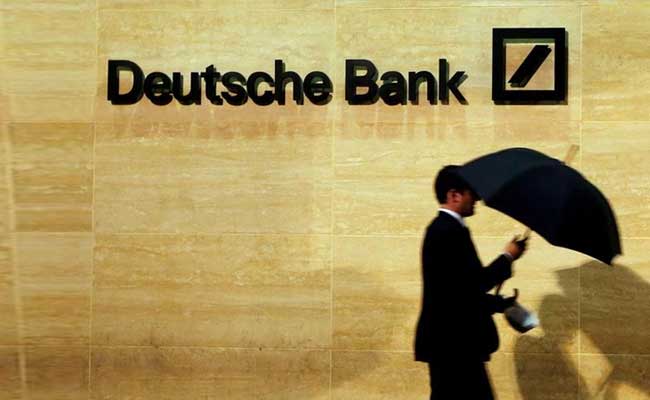 The agreement took into account Deutsche Bank's cooperation with the probes. (File)

The bribery case relates to illegal payments and to false reporting of those sums on the bank's books and records between 2009 and 2016, the Department of Justice said in a press release.

The bank "knowingly and wilfully" kept false records after employees conspired with a Saudi consultant to facilitate bribe payments of over $1 million to a decision maker, the DOJ said.

In another case, the bank paid more than $3 million "without invoices" to an Abu Dhabi consultant "who lacked qualifications... other than his family relationship with the client decision maker," the DOJ said.

In addition to criminal fines and payments of ill-gotten gains, Deutsche Bank agreed to cooperate with government investigators under a three-year deferred prosecution agreement.

In the commodities fraud case, Deutsche Bank metals traders in New York, Singapore and London between 2008 and 2013 placed fake trade orders to profit by deceiving other market participants, the DOJ said.

The agreement took into account Deutsche Bank's cooperation with the probes, DOJ said.

"Deutsche Bank engaged in a criminal scheme to conceal payments to so-called consultants worldwide who served as conduits for bribes to foreign officials and others so that they could unfairly obtain and retain lucrative business projects," said Acting US Attorney Seth D. DuCharme of the Eastern District of New York.

"This office will continue to hold responsible financial institutions that operate in the United States and engage in practices to facilitate criminal activity in order to increase their bottom line."

"We take responsibility for these past actions, which took place between 2008 and 2017," said Deutsche Bank spokesperson Dan Hunter, adding that the company has taken "significant remedial actions" including hiring staff and upgrading technology to address the shortcomings.