Under the proposal, Lindholm would be decontaminated in 2019 and set up to house about 100 people by 2021. 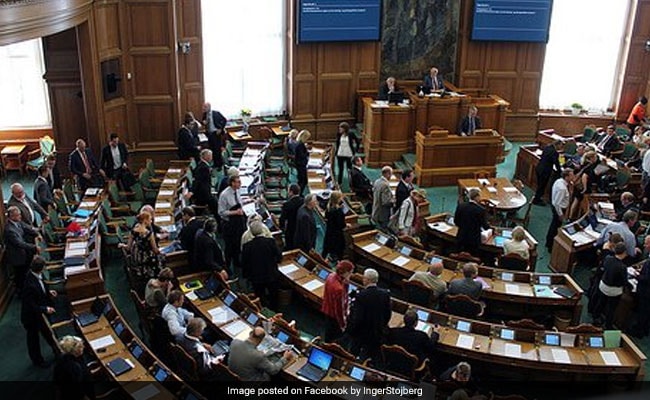 The remote Danish island of Lindholm has worn many hats.

Since 1926, it's housed stables, a laboratory for the study of contagious animal diseases and a crematorium for dead pigs and cows. The uninhabited, 17-acre island even boasts a ferry called the Virus, according to the New York Times.

On Friday, Denmark's right-leaning coalition government announced that Lindholm would have one more job: It would house about 100 migrants. The residents would be asylum seekers who have been rejected by the government but cannot be deported, as well as migrants with criminal records.

Under the proposal, Lindholm would be decontaminated in 2019 and set up to house about 100 people by 2021. Danish Finance Minister Kristian Jensen denied that the island was a prison, but acknowledged that those assigned there would have to sleep there. And Martin Henriksen, a member of the anti-immigration Danish People's Party, said the party planned to "minimize the number of ferry departures as much as at all possible," according to the New York Times.

The move has sparked outrage from human-rights groups who say it is inhumane and may violate international law. (The Geneva Conventions prohibit unlawful confinement.)

"It is important to note that these people, while they have committed crimes, have already served their sentence," Louise Holck, deputy director of the Danish Institute for Human Rights, told CNN. "There is no grounds for detention, and from a human rights perspective, we are not just talking about windows with bars. . . . We will have to assess that they are not detained de facto."

The United Nations High Commissioner for human rights, Michelle Bachelet, expressed concern regarding the plan Wednesday, saying she will discuss it with the government.

"We've seen the negative impact of such policies of isolation, and [they] should not replicate these policies. Because depriving them of their liberty, isolating them, and stigmatizing them will only increase their vulnerability," she said, according to Reuters.

But for supporters of the plan, the harsh nature of the policy is part of the point. "They are undesirable in Denmark, and they must feel it!" Danish Immigration Minister Inger Stojberg wrote Friday in a Facebook post.

Henriksen told the Associated Press on Tuesday that the plan is meant to "signal to the world that Denmark is not attractive" for migrants.

Denmark has, like much of Europe, hardened its immigration policies since a large influx of Middle Eastern and African migrants fleeing war and persecution flooded the continent in 2015 and 2016. In those years, 14,792 and 21,316 people respectively applied for asylum in Denmark. But that number fell to 3,458 by 2017, according to the Local Denmark.

That decline coincides with a drop in migration across Europe. But it could also have something to do with Denmark's increasingly draconian policies. Since 2015, the Danish government has passed several laws designed to make life hard for foreigners, prompting the Atlantic to label it "Western Europe's least attractive country for refugees."

In 2016, parliament passed a law that allowed immigration officials to seize assets exceeding $1,450 from asylum seekers to help pay for their presence in the country. Denmark has also cut social benefits to refugees and immigrants, and some towns have made it mandatory that public institutions serve pork, which some practicing Muslims don't eat. In August, the country enacted a burqa ban, legislation critics saw as discriminatory toward the country's growing Muslim population.

"It hurts that they don't see us as equal people," Barwaqo Jama Hussein, a Somali refugee, told the New York Times in July. "We actually live in Danish society. We follow the rules, we go to school. The only thing we don't do is eat pork."