Faced with the surging outbreak, Moscow Mayor Sergei Sobyanin said that the city will limit gatherings and close the Euro fan zone outside of the Luzhniki stadium. 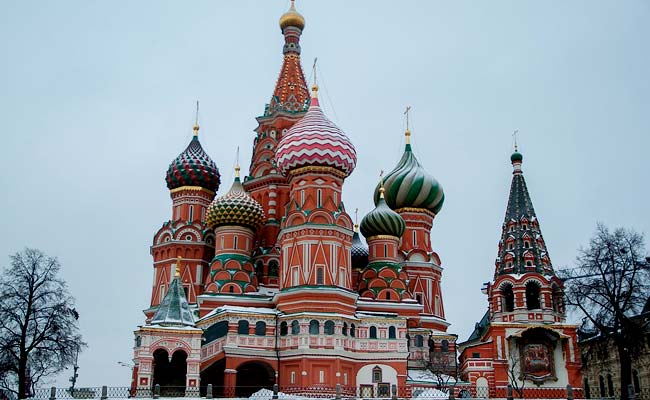 New coronavirus infections hit a pandemic high in Moscow on Friday, tripling in just weeks due to the Delta variant and forcing Russia's capital to close its Euro fan zone and extend other curbs.

A total of 9,056 new cases were recorded in the megapolis of 12 million in the past 24 hours, with Moscow Mayor Sergei Sobyanin saying that the highly infectious Delta variant first identified in India represented almost 90 percent of new cases.

Those figures were up from 3,000 two weeks ago and a new daily record since the Covid-19 pandemic began in early 2020, according to official statistics.

Faced with the surging outbreak, Sobyanin, who has been rolling out restrictions for nearly a week, said that the city would limit gatherings and close the Euro 2020 fan zone outside of the Luzhniki stadium.

"I didn't want to do this, but we have to," Sobyanin wrote on his website.

"Starting today, we will limit mass events to a maximum of 1,000 people."

"We are temporarily stopping all mass entertainment events and we'll also have to close dance halls and fan zones," he wrote.

The move came a day after Sobyanin warned that the city was facing a new wave of infections, likely because of new Covid variants.

"It's tripling, there's an enormous dynamic that we have not seen during the previous waves," he said.

In a meeting with restaurateurs on Thursday, the mayor said that in just five days 13,000 free hospital beds had been "eaten up". He said that city has since expanded to 17,000 beds and will soon have upwards of 20,000 dedicated to coronavirus patients.

Over the past week, Sobyanin has introduced a series of new restrictions in an effort to contain the wave of infections, including declaring a "work-free" week, closing venues, and ordering mandatory vaccinations of people working in the service industry in the city.

On Friday, Sobyanin extended until June 29 several measures that were announced last weekend, like the closure of food halls in malls, zoos, playgrounds, and of bars and restaurants from 11:00 pm to 6:00 am.

Russia's second city of Saint Petersburg, the country's worst Covid hotspot after Moscow, is hosting seven Euro 2020 matches -- including a quarter final -- and is expected to see thousands of football fans from Europe.

On Monday, Saint Petersburg also announced a tightening of restrictions, including no food sales in its fan zones.

The increase in cases in Russia comes as the country struggles to encourage Russians to get vaccinated, even though the country launched a mass campaign of free jabs in December and has developed and approved four vaccines - Sputnik V, EpiVacCorona, CoviVac and the one-dose Sputnik Light.

Since December only 19 million out of a national population of 146 million have received at least one dose of a vaccine, according to the Gogov website which tallies Covid figures from the regions and the media in the absence of a national statistics office.

In Moscow, just 1.8 million of the 12 million population, have been inoculated.

Recent polling shows that many Russians are opposed to getting a jab, with one recent independent survey suggesting 60 percent do not intend to be vaccinated.

"We are afraid of getting sick. But we did not vaccinate because we are also afraid," Inna Sumina, 52, told AFP in Moscow on Friday.

Russia overtook Britain on Thursday as the European country to record the most Covid deaths with 127,992.

However the Rosstat statistics agency, which uses a broader clinical definition of fatalities linked to Covid-19, says at least 270,000 Russians have died from the virus.