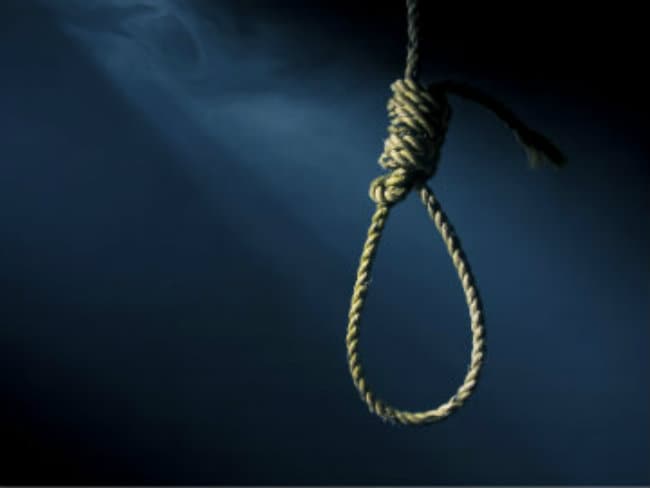 Pakistani authorities today issued a death warrant for a killer condemned as a teenager, as a triple murderer was hanged in the 25th execution since the country resumed capital punishment in December.

An anti-terrorism court in Karachi gave a new order to hang Shafqat Hussain, convicted of killing a seven-year-old boy in 2004, on March 19.

Court documents say Hussain was only 15 at the time of the killing and his case has triggered anger from rights campaigners who say that as he was convicted as a child, he should not face the gallows.

Following a Taliban school massacre in December that left more than 150 people dead, Pakistan lifted a six-year moratorium on executions in terror cases.

The government extended the order on Tuesday, directing provincial governments to proceed with hangings for all death row prisoners who had exhausted their appeals and clemency petitions.

The government halted Hussain's execution, originally slated for January 14, after protests about his age and ordered an investigation.

But today Nusrat Mangan, the head of the Karachi jail where Hussain is being held, said a new death warrant had been issued after the interior ministry rejected the age plea.

The Justice Project Pakistan, a human rights law firm representing Hussain, complained that no proper investigation into his age had been carried out.

Hussain's death warrant came hours after Muhammad Siddique, a security guard convicted by an anti-terrorism court of murdering three people in a theatre following a quarrel, was hanged in Toba Tek Singh district in Punjab province.

"Siddique, a 60-year-old private security guard was hanged at 05:30 am (0030 GMT) for killing three people in a theatre in 2004," Wasif Bashir, a senior administration official in the city, told AFP.

Reintroducing the death penalty was part of Pakistan's move to step up the fight against militants and criminals since the attack on school in the northwestern city of Peshawar in December.

Promoted
Listen to the latest songs, only on JioSaavn.com
Heavily armed gunmen went from room to room at the army-run school gunning down 153 people, most of them children, in an attack that horrified the world.

The United Nations, the European Union, Amnesty International and Human Rights Watch have called on Pakistan to re-impose its moratorium on the death penalty.