Death toll from new bird flu in China rises to 36: WHO 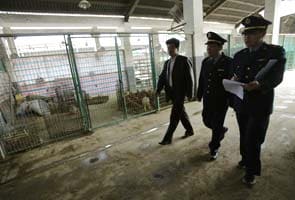 London: Four more people in China have died from a new strain of bird flu, bringing the death toll from the H7N9 virus to 36 from 131 confirmed cases, the World Health Organisation (WHO) said on Friday.

The United Nations health agency said the four deaths were from cases that had already been identified in laboratories. Since May 8, there have been no new cases of infection with H7N9, it added.

The WHO reiterated that there is no evidence that the new strain of bird flu, which was first detected in patients in China in March, is passing easily from human to human - a feature that, if it emerged, could spark a pandemic.

It cautioned, however, that until the source of infection has been identified and controlled, there are likely to be further cases of human infection with H7N9.

Promoted
Listen to the latest songs, only on JioSaavn.com
It added that in past week as the number of new cases has dwindled, some provinces have begun to scale back emergency operations.