The drone, Wing Loong II, made its maiden flight in February last year, an earlier report by the state-run Xinhua news agency said. 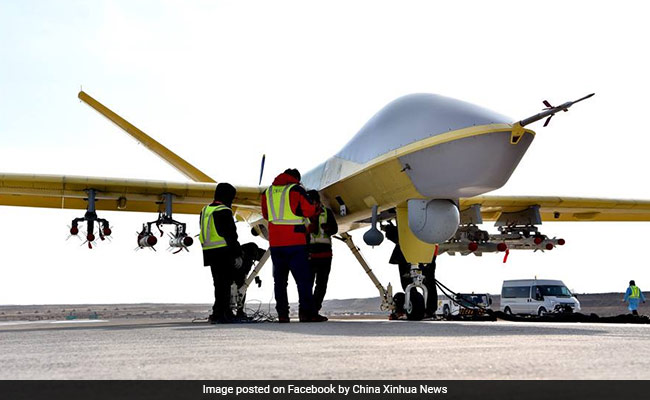 China will sell 48 high-end military drones to its "all-weather ally" Pakistan in what a military observer said will be the largest deal of its kind between the two countries, official media in Beijing reported today.

The cost of the deal was not revealed.

China, an "all-weather ally" of Islamabad, is the largest supplier of weapon system to the Pakistan Army. Both the countries also jointly manufacture JF-Thunder a single engine multi-role combat aircraft.

The announcement by China to permit the sale of high-end military drones comes in the immediate backdrop of India's move to acquire the sophisticated S-400 missile defence systems from Russia. The deal was clinched during Russian President Vladimir Putin's visit to New Delhi last week. The deal for the acquisition of Chinese drones was announced by Pakistan Air Force's Sherdils Aerobatic Team on its official Facebook account on Sunday, the Global Times report said.

It did not reveal the cost of the deal, when it was struck or when the Wing Loong IIs will be delivered, it said.

The air force academy aerobatics team announced that in the future, the Pakistan Aeronautical Complex Kamra and the Aviation Industry Corporation of China's Chengdu Aircraft Industrial (Group) Company will jointly manufacture the drones, the report said.

Chengdu Aircraft Industrial Group did not confirm when the deal was reached. 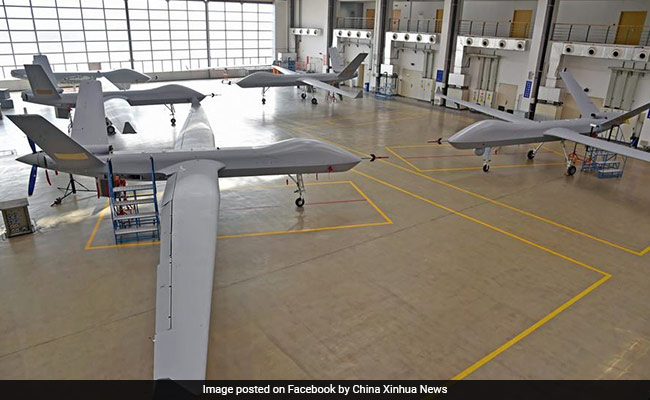 A Xinhua report in December last year said Wing Loong II UAS has already obtained the largest order of Chinese UAVs in the overseas market, even before its maiden flight. But the report did not specify the buyer.

According to the report, the system is composed of the ground station and various number of unmanned aerial vehicles.

Within 10 months of its maiden flight, multiple live firing tests had been conducted in accordance with the requirement of its customers, including stationary targets, moving targets, time sensitive targets and air-ground coordination, the report said.

A deal involving as many as 48 Wing Loong IIs, if confirmed, would be China's largest export deal for drones to date, Song Zhongping, a military expert and TV commentator, told the Global Times.

It makes sense the aerobatic team was closely involved with the deal, Mr Song said, noting that the team is expected to train the drone operators.

The deal is trustworthy given the close military ties between the two countries and Pakistan's need for drones, Mr Song said.

US drones like the MQ-1 Predator and MQ-9 Reaper are technologically more advanced, but Washington limits their export, Mr Song said.

Chinese drones will enjoy more success in the international market in the future, he claimed, as they perform similarly at a lower cost.