Lucia Riina, a painter and the youngest child of former "boss of bosses" Salvatore "Toto" Riina, is working in an Italian restaurant named after her late father's home town of Corleone in Paris 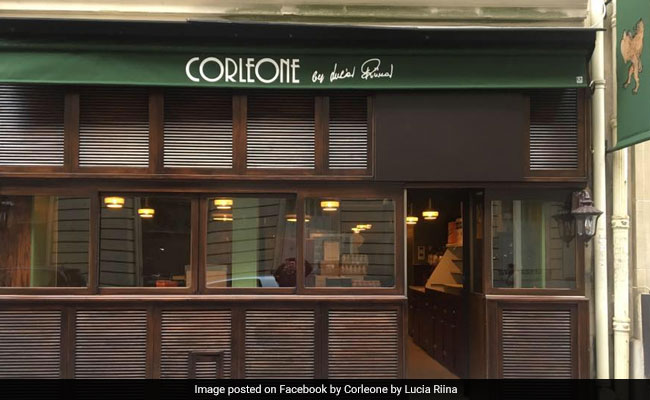 The daughter of a notorious Sicilian mafia boss has denied cashing in on her father's notoriety with a new Paris restaurant and has promised to change its name.

Lucia Riina, a painter and the youngest child of former "boss of bosses" Salvatore "Toto" Riina, is working in an Italian restaurant named after her late father's home town of Corleone in an upmarket quarter of the French capital.

The restaurant is decorated with her canvasses and the crest of Corleone, the name American writer Mario Puzo gave to the crime family in his bestselling book, "The Godfather", on which Francis Ford Coppola's trilogy of films is based.

"Corleone by Lucia Riina" was launched in November by Paris nightclub owner Pascal Fratellini, who brought her and her husband from Sicily to work there after buying some of her paintings. 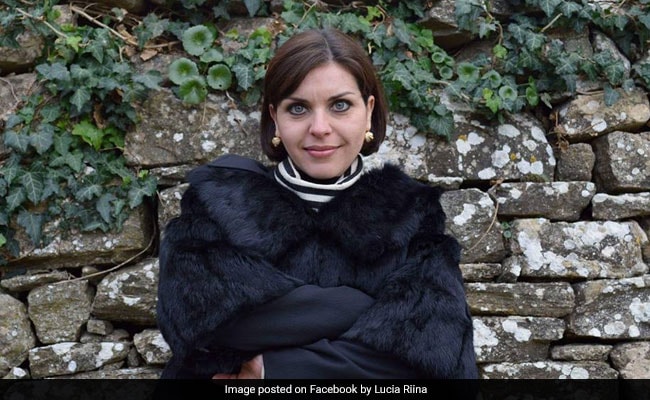 Lucia Riina said that "to avoid any misunderstanding" she was withdrawing her name from the restaurant.

But there was fury in Italy last week that the family of the man known as "The Beast", who was accused of ordering the murder of magistrates Giovanni Falcone and Paolo Borsellino in 1992, was profiting from his name.

Riina said that "to avoid any misunderstanding" she was withdrawing her name from the restaurant, "even if it means me being denied my identity as an artist and as a woman."

She told the French daily Le Parisien that she "had nothing to hide", was only a waitress and had no money in the restaurant.

"There is no money laundering, there was no suitcase of cash. It is just an opportunity for me and my family to start a new life and for me to sell my work, even if I miss my homeland," she added.

She said she welcomes diners while her husband works in the restaurant's bar. 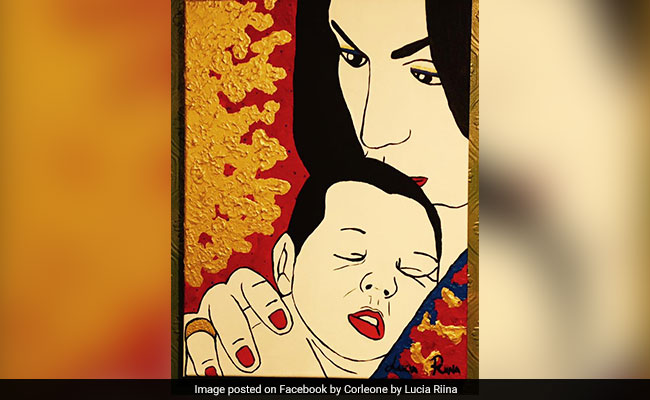 A painting of her and her baby daughter hung in the dining room of the Paris restaurant.

Riina has lived in Corleone since she was 12 when her father -- who is alleged to have been responsible for hundreds of deaths in the 1980s and 1990s -- was finally arrested.

When AFP visited the restaurant last week Riina was not there but a painting of her and her baby daughter hung in the dining room.

The only illicit activity was a pair of middle-aged diners apparently having an affair.

"I do not want to be associated with the image of my father," Riina told the newspaper.

"I work in a restaurant and I am a painter. I want to be known for what I am without having to change my name. I was born with it and I will continue to live with it," she added.

Corleone, which specialises in Sicilian cuisine, is not the only Paris eatery which has been accused of using associations with organised crime to garner publicity.

Colombians have called for a boycott of a nightclub near the Champs Elysee called Medellin for glamorising the late drug baron Pablo Escobar.