Iranians have started speaking out against inequality and a culture of nepotism that they say favors what are called the "aghazadeh," or "noble-born" children of the elite. 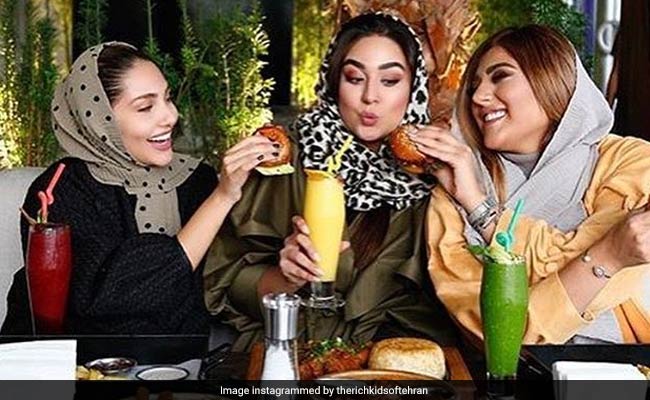 The young elite Iranians flaunt their wealth on Instagram and in the streets of the capital, Tehran.

The lives of Iran's privileged youths - including expensive holidays, glitzy parties and access to cash and jobs - have sparked public anger in recent months as U.S. sanctions squeeze the economy.

The young elite, some with government connections, flaunt their wealth on Instagram and in the streets of the capital, Tehran, sporting designer clothes and flashy cars and vacationing at posh resorts.

They are promoted to state jobs, granted lucrative scholarships and travel with ease. Even the granddaughter of the late leader of Iran's Islamic revolution, Ayatollah Ruhollah Khomeini, was photographed last year in London with what appeared to be a $3,800 handbag - though some have speculated that it was fake.

But few in Iran can afford such comforts as costs rise and wallets shrink. And Iranians have started speaking out against inequality and a culture of nepotism that they say favors what are called the "aghazadeh," or "noble-born" children of the elite.

Last month, President Hassan Rouhani's son-in-law Kambiz Mehdizadeh was forced to step down after just two days as head of the Geological Survey of Iran following a public outcry and online accusations of cronyism. Mehdizadeh, 33, had previously served as an adviser to Iran's Oil Ministry, but for many Iranians, his ties to Rouhani were proof that favoritism was at play.

That uproar followed a similar campaign last summer, when Iranians on social media urged politicians to publicly acknowledge any privileges enjoyed by their children because of government influence.

"I thank God that after my mission at the United Nations, my children . . . have returned to Iran and are living and working with their families in Tehran," Foreign Minister Mohammad Javad Zarif was quoted as saying by Iran's Donya-e-Eqtesad newspaper in August. 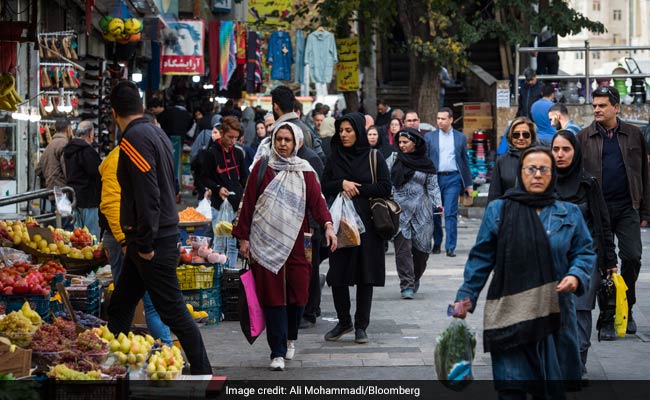 By all accounts, Iran's economy is crumbling - and ordinary people are feeling the pinch.

Around the same time, however, a conservative cleric popular on Instagram blasted Rasoul Tolouei, the son of a retired Revolutionary Guard commander, for posts that featured a pet tiger and lavish party he threw for his 2-year-old daughter.

"It's not possible for a 25-year-old to be this wealthy on his own!" the cleric, Mahdi Sadrossadati, wrote on Instagram. "People are struggling to buy diapers for their babies," he continued. "Which state do you live in?"

By all accounts, Iran's economy is crumbling - and ordinary people are feeling the pinch.

Unemployment is high, shortages are rampant, and the currency lost more than half its value last year.

In November, the United States reimposed sanctions that have since battered Iran's oil and banking sectors and crippled its outside trade. The sanctions follow the Trump administration's decision to abandon the nuclear pact that Iran negotiated with world powers in 2015. That agreement curbed Iran's nuclear program in exchange for major sanctions relief.

But even before sanctions were reimposed, inequality was on the rise in Iran, the result of years of government austerity, said Djavad Salehi-Isfahani, a professor of economics at Virginia Tech.

"Iran's economic system does not treat people at the bottom of the economic ladder as well as those at the top," he wrote in his blog on Iran's economy.

According to Reza Akbari, who researches Iranian politics at the Washington-based Institute for War and Peace Reporting, dire economic conditions have bred "extraordinary resentment toward corruption, nepotism and the aghazadeh, who seem immune to the country's topsy-turvy realities."

While members of Iran's ruling class once kept their opulent lifestyles under wraps, today's elite Iranians boast brazenly of their wealth online and in the media.

One diplomat's son, Sasha Sobhani, has taunted his quarter-million followers on Instagram in posts from Greek islands or aboard yachts decked with champagne. "How long will you be jealous of me?" he said in one post, which has been taken down.

A shamelessly named Instagram account, "The Rich Kids of Tehran," showcases the lives of some of Iran's most glamorous youths, with footage of raucous pool parties, exclusive dinners and retreats in the mountains.

A video posted last year - in the midst of nationwide protests over poor living conditions - included footage of the young elite partying and on private jets, with dollar bills superimposed on the images. Other posts feature bikini-clad women drinking beer poolside or, in one case, someone taunting a pet cheetah.

"This is RKOT," the caption to the video said, using an acronym for The Rich Kids of Tehran. "If you're politically frustrated," it continued, "exit this area like a fart."

Another post this month featured photos of two luxury cars, including a Mercedes-Benz G-Class SUV. The "price tag of these whips in #Tehran would blow your mind," the caption said.

Akbari, the researcher, noted that "the lives of the elite and their statements about their good fortune are plastered all over the internet . . . and are being witnessed by the masses in a much more ubiquitous fashion." He added, "The current government is certainly sensitive to the criticism and is aware that it cannot remain silent in the face of public outrage."

Iran's "aghazadeh," originally defined as young men of means and influence, emerged in the 1990s, when the children of the revolutionary elite rose to prominence using family ties.

They "utilized their positions within the hierarchy, access to insider information and preferential standing to accumulate wealth and status," Suzanne Maloney, deputy director of the foreign policy program at the Brookings Institution, wrote of the first generation of aghazadeh in her book, "Iran's Political Economy Since the Revolution." Such nepotism, she wrote, has "resulted in the replication of influence across generations."

In 2017, the son of prominent reformist politician Mohammad Reza Aref triggered a firestorm by declaring that his success in life was the result of "good genes," inspiring a viral hashtag that Iranians still use to mock the upper class.

In November, when his father posted on Twitter urging Iranians to work hard and unite in the face of renewed U.S. sanctions, one Iranian lawyer replied with a quip that the first thing Iranians should do is "get rid of the #goodgenes."

Amid the controversy over the appointment of Rouhani's son-in-law Mehdizadeh, another Iranian on Twitter criticized the minister who oversaw the promotion.

"Apparently [he] just wants to satisfy those around him by using #goodgenes instead of focusing on using experts to solve problems," the post said.

But the culture of connections is so pervasive that Iranians say there is little they can do - at work, school or sometimes in their daily lives - that does not require some sort of leverage with influential contacts in government or elsewhere. From business deals to real estate to arts and the humanities, it is almost always those with ties to power who are promoted or given priority.

In Iran's entertainment industry, for example, "connections are always part of the deal," said a Tehran-based television writer, who spoke on the condition of anonymity to comment freely about his work.

"Projects are given and taken through connections, and everyone has accepted that," he said. "It is only when someone extremely inexperienced or uneducated is given a job that everyone gets angry."

(Except for the headline, this story has not been edited by NDTV staff and is published from a syndicated feed.)
Comments
Iran economyIran sanctionsHassan Rouhani