Though it's now well documented that Covid vaccine efficacy goes down after two doses, relatively little has been published on the duration of protection after a booster. 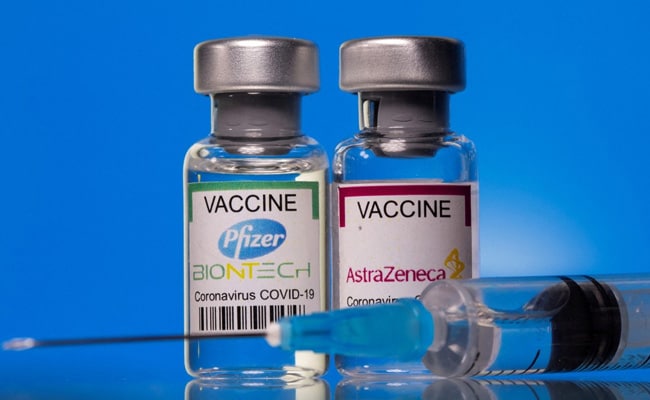 Vaccine efficacy against hospitalization was 91 percent in the first two months, but fell after. (File)

The efficacy of third doses of the Pfizer and Moderna mRNA vaccines wanes substantially by the fourth month after administration, a new study by the US Centers of Disease Control and Prevention (CDC) said Friday.

Though it's now well documented that vaccine efficacy goes down after two doses, relatively little has been published on the duration of protection after a booster.

Vaccine efficacy was estimated by comparing the odds of a positive Covid test between vaccinated and unvaccinated patients and using statistical methods to control for calendar week, geographic area, while adjusting for age, the level of local transmission, and patient characteristics like comorbidities.

During the Omicron-predominant period, vaccine efficacy against Covid-associated emergency department or urgent care visits was 87 percent during the two months after a third dose, but fell to 66 percent by the fourth month.

Vaccine efficacy against hospitalization was 91 percent in the first two months, but fell to 78 percent by the fourth month after a third dose.

"The finding that protection conferred by mRNA vaccines waned in the months after receipt of a third vaccine dose reinforces the importance of further consideration of additional doses to sustain or improve protection," the authors concluded.

Speaking at a White House Covid briefing on Wednesday, President Joe Biden's top medical advisor Anthony Fauci said it was likely that fourth doses would more likely be needed for subsets of people who mount weaker immune responses, such as the elderly and immunocompromised.

The drug is administered as an intravenous injection over at least 30 seconds and has been green lighted for the treatment of mild-to-moderate Covid among people 12 and over at high risk of severe disease.

Data supporting the authorization came from a clinical trial that showed the drug has strong promise against Omicron. Lilly's previous antibody treatment was de-authorized by the FDA after it was found to be ineffective against this variant.