"We Refuse Every Lockdown": Sydney Church Fined For Flouting Order

The church is part of Christ Embassy, an international religious group headquartered in Lagos, Nigeria, which has a record of spreading Covid-19 conspiracy theories. 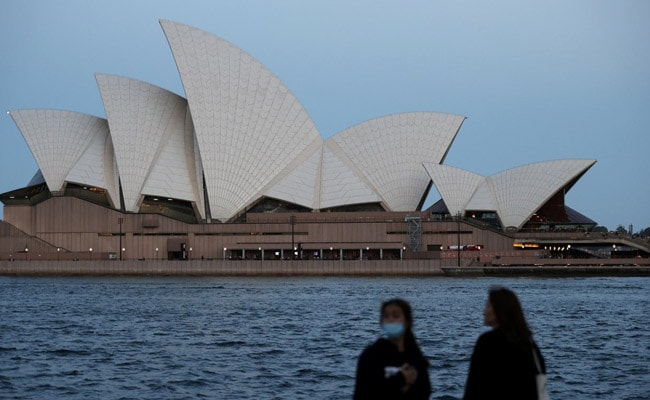 The whole of greater Sydney is currently under stay-at-home orders. (File)

Australian police on Monday criticised a Sydney church for flouting the city's Covid-19 lockdown by holding a service for 60 people in a pandemic hotspot.

The church is part of Christ Embassy, an international religious group headquartered in Lagos, Nigeria, which has a record of spreading Covid-19 conspiracy theories.

After being tipped off by residents on Sunday, police moved in on the Christ Embassy Sydney church, issuing a fine of 5,000 Australian dollars ($3,600) to the organisation and Aus$1,000 fines to 30 parishioners.

Australian media quoted a Facebook-streamed sermon on Sunday from the church in the western Sydney region's Blacktown as saying: "In the name of Jesus we refuse every lockdown in our cities. We declare the lockdowns are over in the name of Jesus."

The Sydney church did not immediately respond to a request to comment.

"That is the key: to keep people out of hospital, to make sure that we keep people as safe and as healthy as possible. And we know the vaccine is having such a huge impact on that."

The whole of greater Sydney is currently under stay-at-home orders, as Australia's largest city struggles to contain a Delta variant outbreak that now tops 800 new cases a day.

Residents are only allowed to leave home to shop for essential items, exercise, in health emergencies or for a handful of other reasons.

The state's deputy police commissioner Gary Worboys said the church service was a "disappointing" event that would "anger, no doubt, a lot of people".

Videos from the church service were no longer available Monday on the Christ Embassy Sydney's Facebook page.

The Sydney church's website showed a video of Prime Minister Scott Morrison explaining in April 2020 that churches could broadcast or stream services and that people presenting such services should follow workplace rules and abide by social distancing protocols.

The rules have since been tightened to ban all in-person services.

The global Christ Embassy organisation is headed by Chris Oyakhilome, described on its website as pastor, teacher, television host and best-selling author of 'Rhapsody of Realities'. He is also president of Loveworld Inc, a religious broadcast and streaming network.

Britain's broadcasting regulator Ofcom in April ruled that Loveworld Ltd., which it said was associated with Christ Embassy, had for a third time breached the country's broadcasting code by making misleading and potentially harmful statements about the coronavirus pandemic and vaccines.