The Himalayan nation imposed a complete lockdown in March after reporting its second confirmed coronavirus case. 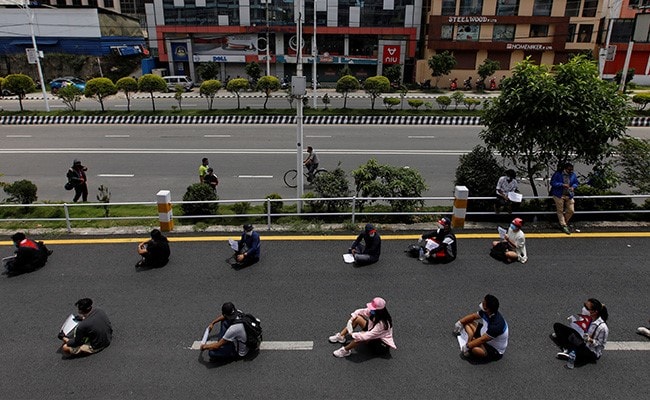 Nepal's government says it has spent about $89 million to fight the pandemic. (Reuters)

Police in Nepal arrested 10 people, including seven foreigners, on Saturday as demonstrations against the government's handling of the coronavirus crisis continued with hundreds of protesters gathering in the capital city Kathmandu, officials said.

The Himalayan nation imposed a complete lockdown in March after reporting its second confirmed coronavirus case. But the number of infections have since increased to 5,062, with 16 deaths, and the government has come under fire for not doing enough to contain the outbreak.

Police officials said an estimated 1,000 people had gathered on a major thoroughfare in Kathmandu for the third day, where seven foreign nationals were arrested.

Earlier this week, police used baton charges, water cannons and tear gas to break up protests near the prime minister's residence. No such clashes took place on Saturday.

Protesters are demanding better quarantine facilities, more tests and transparency in the purchase of medical supplies to fight the crisis.

"Quarantine facilities lack water, sanitation and safety," protester Ramesh Pradhan said. "They are becoming the breeding centres for the coronavirus. This must be improved."

Nepal's government says it has spent about $89 million to fight the pandemic, has conducted around 310,000 tests and quarantined some 158,000 people. But activists insist this is not enough in a country of 30 million people.

"The government is committed to increase tests, boost medical services and improve the quarantine facilities," Deputy Prime Minister Ishwor Pokhrel, who is leading the country's coronavirus response, said in a statement on Saturday.