The supplies, including ventilators, were given to the US Federal Emergency Management Agency (FEMA) in New York. 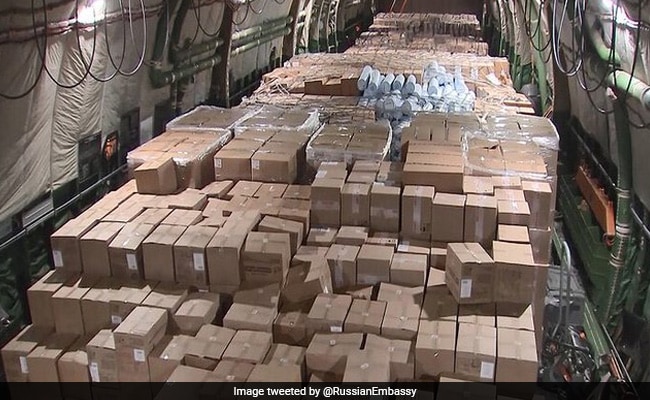 Russia defense ministry earlier said the plane "with medical masks, equipment on board," left for the US

A Russian military plane carrying medical supplies arrived in the United States on Wednesday, the Russian mission to the UN said, as the Kremlin flexes its soft power during the coronavirus pandemic.

The Antonov-124, landed at JFK Airport in New York -- the epicenter of America's coronavirus outbreak -- pictures and video posted on the mission's Twitter page showed.

Russia's defense ministry had earlier announced that the plane "with medical masks and medical equipment on board," left for the US overnight, without providing further details.

Video released by the ministry showed the cargo plane loaded with boxes preparing to take off from a military airbase near Moscow early Wednesday morning.

"We have to work together to defeat #COVID19. This is why the U.S. agreed to purchase urgently needed personal protective equipment from #Russia," US Secretary of State Mike Pompeo tweeted Wednesday evening.

The supplies, also including ventilators, were given to the US Federal Emergency Management Agency (FEMA) in New York, State Department spokeswoman Morgan Ortagus said in a statement.

Russia's defense ministry refused to provide AFP with any further information on the delivery, which came after Russian President Vladimir Putin spoke with US counterpart Donald Trump on Monday. 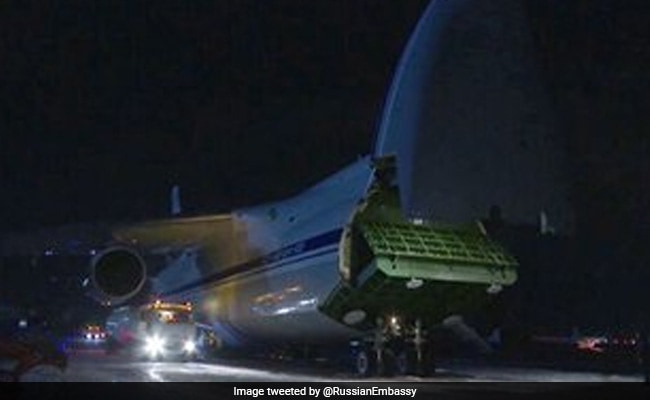 The Antonov-124, landed at JFK Airport in New York, the epicenter of America's coronavirus outbreak

Russia has previously sent medical supplies and experts to coronavirus-hit Italy as part of a humanitarian effort that analysts said carried geopolitical overtones.

Moscow said the aid for Italy included about 100 virus specialists with experience dealing with Ebola and swine fever, but Italian media have reported that much of the aid was not useful in the fight against the virus.

In March, Russia said it had sent nearly 1,000 coronavirus testing kits to ex-Soviet states and countries including Iran and North Korea.

The US now has more than 215,000 confirmed coronavirus cases, by far the highest of any country, according to a Johns Hopkins tally, and more than 5,100 deaths.

Kremlin spokesman Dmitry Peskov said on Tuesday that Putin expected the US to return the gesture if Russia faces a similar crisis and US producers have increased their capacity to produce medical supplies.

"Today, when the situation touches absolutely everyone and is of a global nature, there is no alternative to acting together in the spirit of partnership and mutual assistance," he said.

Trump said earlier this week that "Russia sent us a very, very large planeload of things, medical equipment, which was very nice."

Health officials in Russia have registered a sharp increase in the number of infections, with 2,337 cases and 17 deaths confirmed, according to the latest figures Wednesday.