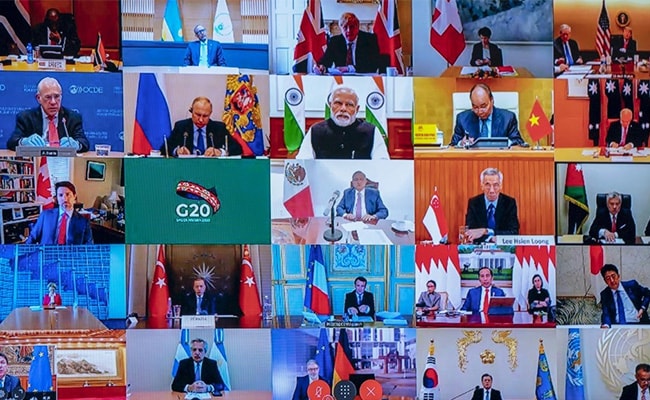 Trade ministers from the Group of 20 major economies agreed on Monday to keep their markets open and ensure the continued flow of vital medical supplies, equipment and other essential goods as the world battles the deadly coronavirus pandemic.

G20 leaders pledged last week to inject over $5 trillion into the global economy to limit job and income losses from the coronavirus outbreak, while working to ease supply disruptions caused by border closures by national governments anxious to limit transmission of the virus.

In a joint statement issued after a videoconference, the trade ministers pledged to take "immediate necessary measures" to facilitate trade, incentivize additional production of equipment and drugs, and minimize supply chain disruptions.

They agreed that all emergency measures should be "targeted, proportionate, transparent, and temporary," while sticking to World Trade Organization (WTO) rules and not creating "unnecessary barriers" to trade.

They also vowed to work to prevent profiteering and unjustified price increases, and keep supplies flowing on an affordable and equitable basis.

"As we fight the pandemic both individually and collectively and seek to mitigate its impacts on international trade and investment, we will continue to work together to deliver a free, fair, non-discriminatory, transparent, predictable and stable trade and investment environment, and to keep our markets open," the ministers said.

They agreed to notify the WTO about any trade-related measures taken to keep global supply chains running and said they would convene again as necessary.

The ministers, however, stopped short of explicitly calling for an end to export bans that many countries, including G20 members France, Germany and India, have enacted on drugs and medical supplies. A key adviser to U.S. President Donald Trump is working on new rules to expand "Buy America" mandates to the medical equipment and pharmaceutical sectors, something that dozens of business groups said could worsen shortages.

The joint statement included the phrase "consistent with national requirements" already used by G20 leaders, which experts say could provide a loophole for protectionist barriers.

Lack of protective medical gear is putting doctors and nurses at risk. Many countries rely on China, the source of the outbreak, for drug ingredients and are struggling to avoid shortages after lockdown measures prompted by the epidemic held up supplies and delayed shipments.

Supply chains are backing up as air freight capacity plunges and companies struggle to find truck drivers and shipping crews. Europe and the United States are short of tens of thousands of freight containers. Shippers struggle with crew shortages and quarantines at ports. Agriculture is also being disrupted.

The ministerial video conference was attended by representatives from the WTO, World Health Organization and Organization for Economic Cooperation and Development.

A senior World Bank official urged G20 members to agree to refrain from imposing new export restrictions on critical medical supplies, food or other key products, and to eliminate or reduce tariffs on imports of key products.

US Trade Representative Robert Lighthizer told the ministers during the meeting that the pandemic had revealed vulnerabilities in the US economy caused by over-dependence on cheap medical supplies from other countries. He did not reference the "Buy America" rule specifically, but said Washington was encouraging diversification and wanted to promote more domestic manufacturing to produce more suppliers for the United States and others.

G20 finance ministers and central bankers will also meet virtually, on Tuesday, for the second time in just over a week to continue coordinating their response, the Saudi G20 secretariat said, as worries grow about the debt crisis looming over poorer countries.

Japanese Trade Minister Hiroshi Kajiyama told counterparts that both the public and private sectors should try to avoid shutting supply networks to enable an early resumption of economic activities.

The coronavirus has infected nearly 738,500 people worldwide and killed some 35,000, and has plunged the world into a global recession, according to International Monetary Fund chief Kristalina Georgieva.