Some 20% of the 4,500 ambulance workers are out sick, said Dr. Lewis Marshall, board chairman of the New York City Regional Emergency Medical Services Council 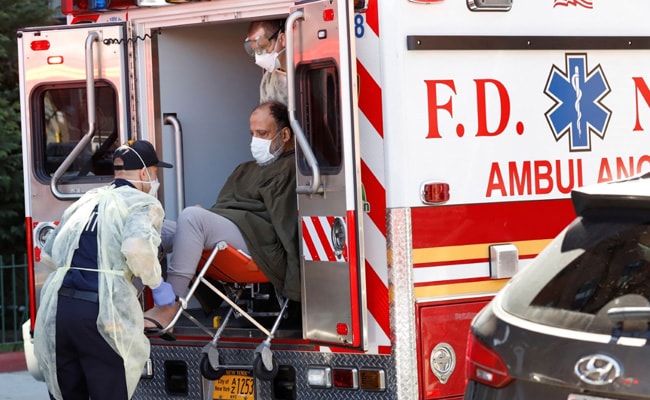 The coronavirus outbreak sweeping through New York City has pushed its ambulance service close to the breaking point, with hundreds of personnel out ill and emergency calls skyrocketing, supervisors and rank-and-file emergency medical technicians said on Friday.

Some 20% of the 4,500 ambulance workers - EMTs, paramedics and supervisors - are out sick, said Dr. Lewis Marshall, board chairman of the New York City Regional Emergency Medical Services Council in an interview with Reuters.

Most of them are out of action because they either have the virus or have been exposed to it, he added.

The union representing EMS personnel said that two members of ambulance crews were on mechanical ventilators, which are used to help seriously ill patients breathe.

At the same time, ambulance calls are skyrocketing.

Marshall said even those ambulance workers who had tested positive for the coronavirus were being asked to work unless they show symptoms.

At times in recent days, up to 400 calls at a time deemed less serious had simply been left on hold, Variale said.

The number of EMS personnel out sick is increasing and may soon reach 30%, multiple EMS officials said, which would lead to a serious decline in ambulance services.

Marshall noted that the EMS has to deal with the crush of COVID-19 cases at the same time it must handle its normal workload of patients suffering from heart attacks, strokes and broken bones. The crisis is taking an emotional toll on EMS personnel.

Anthony Almojera, a Fire Department lieutenant and supervisor who goes out on EMS calls, said that even though he is a veteran, things he has seen since the pandemic hit New York have had a deep emotional impact.

For example, he said he and an ambulance team responded to a call concerning a woman in cardiac arrest. When they arrived, they were unable to resuscitate her.

He said the woman's husband was standing at the front door crying. Almojera added that normally he would go over to a surviving husband or wife, "say I'm sorry for your loss," hug the relative and let them cry.

But because of the virus he was not permitted to go within six feet of the husband.

"This time the man had totally broken down," he said. Stricken by his inability to help the bereaved man, Almojera himself began to cry.

The city's ambulance service is part of the New York City Fire Department. Two workers told Reuters that ambulance personnel who remain on the job are working 16 or 17-hour days.

"We don't even have time to go to the bathroom," said one emergency medical technician in Harlem while running to meet a call.

In a phone call, the Fire Department said it was not requiring ambulance personnel to work double shifts.

Variale predicted dire consequences if calls for help continue to soar and the number of emergency personnel continues to drop from illness. "If this continues we fully expect to have bodies on the street," he said.

US Restricts Visas On Chinese Officials Over Tibet