Among the states breaking with the federal government are conservative-leaning Texas, Oklahoma and Arizona. 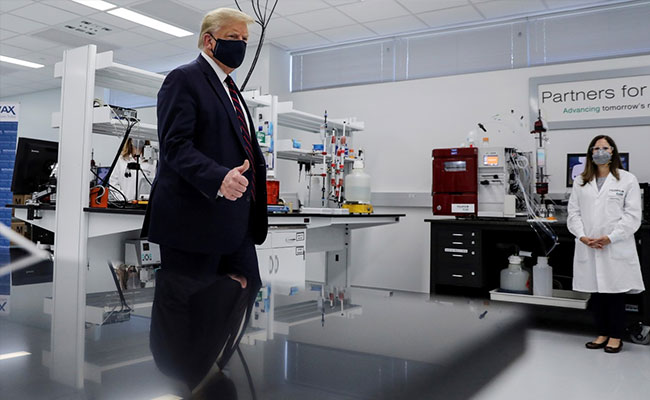 A majority of U.S. states have rejected new Trump administration COVID-19 testing guidance in an extraordinary rebuke of the nation's top agency for disease prevention, according to officials at state health agencies and public statements reviewed by Reuters.

At least 33 states continue to recommend testing people who have been exposed to COVID-19 and have no symptoms, spurning guidance published by the U.S. Centers for Disease Control and Prevention (CDC) this week that said testing may be unnecessary. Sixteen states did not immediately respond to requests for comment and North Dakota said it had not made a decision.

Among the states breaking with the federal government are conservative-leaning Texas, Oklahoma and Arizona.

Public health experts said a rupture of this magnitude with the CDC may be unprecedented and shows deepening distrust of the Trump administration and its response to the pandemic.

"This is states almost all-out rebelling against the new guidelines," said Michael Mina, assistant professor of epidemiology at the Harvard T.H. Chan School of Public Health.

The CDC said on Monday that people exposed to COVID-19 but not symptomatic "do not necessarily need a test unless you are a vulnerable individual or your health care provider or State or local public health officials recommend you take one."

The CDC had previously recommended testing of all people who had close contact with someone who was diagnosed with COVID-19. That remains the policy of at least 30 states. Some that have not changed policy said they were studying the CDC guidance.

Admiral Brett Giroir, the assistant secretary for health at HHS, said in a statement to Reuters that the guidance "has been updated to reflect current evidence and best public health practices, and to further emphasize using CDC-approved prevention strategies."

He said it places emphasis on testing individuals with symptoms of COVID-19, those with significant exposure, and vulnerable populations, which includes asymptomatic individuals that local public health officials choose to prioritize for testing.

Some state leaders and public health experts accuse the administration of using politics rather than science to guide its response to the pandemic.

"This 180-degree reversal of COVID-19 testing guidelines is reckless, and not based on science and has the potential to do long-term damage to the (CDC's) reputation," New York Governor Andrew Cuomo and the governors of New Jersey and Connecticut said in a statement, rejecting the new CDC guidance.

Giroir said on a Wednesday press call there was no political pressure from the administration. He said testing asymptomatic patients too early could produce false negatives and contribute to the virus's spread.

"It's pointless to be tested for the five to seven days (after infection) because you're not going to be positive," said David Battinelli, chief medical officer at Northwell Health, acknowledging concerns over testing too early. "There is an enormous amount of unnecessary testing going on."

Idaho recommends that people exposed to COVID-19 contact their doctor to determine if they need testing. It was among the states that did not respond to a request for comment on the CDC guidance.

Public health officials believe the United States needs to test more frequently, that it is crucial to find asymptomatic COVID-19 carriers to slow the spread, and that the CDC's comments could risk discouraging necessary testing.

Even before the CDC guidance, the number of coronavirus tests being conducted was on a decline. The United States tested on average 675,000 people a day last week, down from a peak of more than 800,000 people a day in late July.

Nationally, cases have fallen for five weeks in a row but infections are surging again in the U.S. Midwest with four states reporting record one-day increases in cases on Thursday as the U.S. death toll climbed above 180,000.