Bill Gates-Funded Coronavirus Vaccine Could Be Ready In 12 Months

Bill Gates also warned that trying to rush a reopening and generating "exponential" growth in Covid-19 cases "will be seeding other parts of the country," comparing it to the infection spreading via international travel in early 2020. 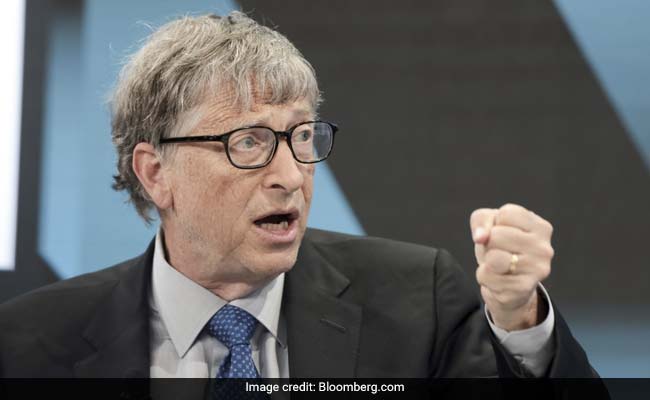 Bill Gates said vaccine production will probably not start in September, as some have said.

Billionaire Bill Gates is funding production of the seven most promising ideas for a vaccine as he refocuses his philanthropic work on the deadly coronavirus.

"If everything went perfectly, we'd be in scale manufacturing within a year," Gates said on CNN's "Fareed Zakaria GPS." "It could be as long as two years."

The world's second-richest man said vaccine production will probably not start in September, as some have said.

"Dr. Fauci and I have been fairly consistent to say 18 months to create expectations that are not too high," Gates said, referring to Anthony Fauci, director of the National Institute of Allergy and Infectious Diseases and a member of the White House coronavirus task force.

The availability of testing for the coronavirus has been a sore spot in the U.S. for months. President Donald Trump tweeted on Saturday that the U.S. "just passed 5 million Tests, far more than any other country."

"This focus on the number of tests understates the cacophony and the mistakes we've made in the testing system," Gates said. "The wrong people are being tested, and any time you don't get results in less than 24 hours, the value of the test is dramatically reduced."

The philanthropist and co-founder of Microsoft Corp. said his best-case scenario for a phased reopening of the economy is to "pick the high-value activities like school, manufacturing and construction, and figure out a way to do those with masks and distancing."

"If we can figure out how to do K-through-12 in the fall, that would be good," Gates said, adding that the U.S. may even be able to open colleges "if we're creative about it."

"It will probably be in August where we know what's the protocol, how many schools are opening up, and we won't really know enough until pretty close to the start," he said.

Gates also warned that trying to rush a reopening and generating "exponential" growth in Covid-19 cases "will be seeding other parts of the country," comparing it to the infection spreading via international travel in early 2020.

Microsoft shares, at around $174, are up about 10% for the year to date, even though major market indexes are down and some companies' stocks have been hammered.

"Tech companies in some ways benefit from an acceleration of a move towards digital approaches, even though the next few years they'll have a lot of customers that they'll be helping out, giving free licenses to, where things won't be as strong," Gates said.

Earlier, in an interview with the Financial Times, Gates said that his Bill & Melinda Gates Foundation, with an endowment exceeding $40 billion, will give "total attention" to Covid-19.

The foundation has contributed $250 million to help counter the coronavirus so far, and is re-purposing units dedicated to fighting other diseases to join in the battle against the pandemic.

Gates defended the World Health Organization against accusations from Trump that the body had mishandled the virus response.

"WHO is clearly very, very important and should actually get extra support to perform their role during this epidemic," he told the FT.

Mylan Pharma To Launch Remdesivir In India At Rs 4,800 Per 100 mg Vial