After 18 Months, Australia Is About to Allow Citizens To Leave

The biggest cities Sydney and Melbourne exit crippling lockdowns spurred by an outbreak of delta that began in June and broke the nation's prized Covid Zero status. 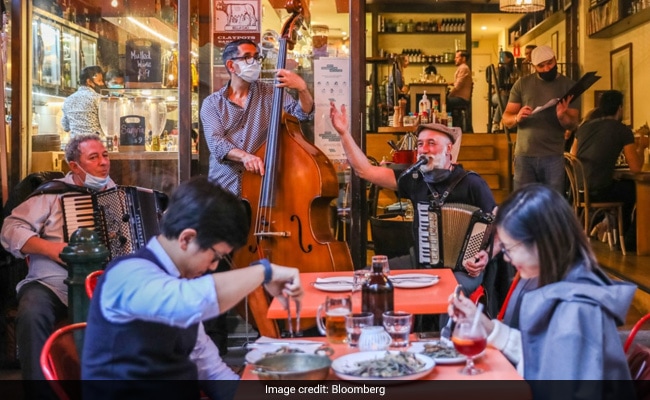 After being cut off from the rest of the world since March 2020, from Monday millions of Australians living on the country's east coast will finally be allowed to travel as far as London and New York. Yet visits to the other side of the country are set to stay off limits for months to come.

As biggest cities Sydney and Melbourne exit crippling lockdowns spurred by an outbreak of delta that began in June and broke the nation's prized Covid Zero status, the hardcore restrictions that helped keep Australia's Covid death toll below 2,000 are being dismantled too -- at least in some parts of the country.

Most vaccinated residents of the two most populous states, New South Wales and Victoria, will be able to fly out of the country for the first time since the government barred Australians from leaving at the onset of the pandemic. And overseas travelers entering those jurisdictions no longer need to quarantine on arrival provided they are vaccinated and return a negative Covid-19 test before their flight.

"This is the first stage of our international reopening," Health Minister Greg Hunt said at a press conference Wednesday. Flights into the country are initially limited to repatriating residents and citizens. "Subsequently, we'll have a second stage focusing on students and critical workers."

While Australia was once a steadfastly committed to a Covid Zero strategy of eliminating all infections, in recent weeks Prime Minister Scott Morrison's federal government and most of the eight states and territories have been announcing plans to unwind some of the world's strictest domestic and international border restrictions.

Rapid vaccine take-up has been key to the reopening. After a slow start compared to most other developed nations, 75% of Australians aged 16-and-over have now had their second dose.

Still, even as the states of Queensland, South Australia and Tasmania, along with the Australian Capital Territory, have laid out their plans for reopening internal and international borders in the coming months, there are two conspicuous holdouts -- Western Australia and the Northern Territory.

The Northern Territory's government wants to stay isolated until it can ramp up vaccination rates for its vulnerable Indigenous people, who comprise about 30% of the population there compared with the national average of about 3%. Western Australia's Premier Mark McGowan has been criticized by Morrison for wanting to keep borders closed until well into next year.

Both jurisdictions have seen few cases this year, despite the east-coast surge, and are reluctant to give up a life without masks and the threat of Covid for one of living alongside the virus.

"I prefer to avoid that," he said, adding his state would reunite with the rest of Australia "sometime in the first half of next year."

An economic powerhouse thanks to its vast stores of iron ore and other minerals, Western Australia is home to more than 2.6 million people. Its virus-free status has allowed its residents greater freedoms than the rest of the country, with schools, pubs and restaurants open, and major sporting events allowed to proceed.

Some epidemiologists believe the lack of cases has led many Western Australians to avoid getting vaccinated -- the state's 60.8% double-dose rate for people aged 16 and over compares unfavorably with that of the Australian Capital Territory, where the virus is now endemic. The ACT, which is home of the capital city Canberra, has fully inoculated 91% of its citizens aged 12 and above, the highest rate in Australia.

Meanwhile, as thousands of Western Australians balk at even getting their first dose, Morrison's government on Wednesday said that a booster shot program for the general population is expected to kick off no later than Nov. 8.

North Korea Preparing For "Long-Term Confrontation" With US: Report