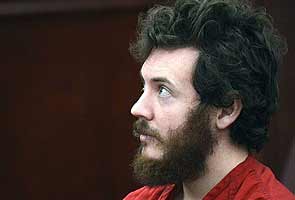 Denver: A University of Colorado psychiatrist who once treated accused theater gunman James Holmes described him to a campus police officer as having had "homicidal thoughts" five weeks before he allegedly killed 12 moviegoers, newly unsealed court records showed on Thursday.

Dr Lynne Fenton also told the campus police officer that Holmes, then a graduate student of neuroscience, had threatened her in email and text messages, police detectives said in an affidavit filed last year seeking school records for their investigation.

The affidavit, one of numerous court documents unsealed by the judge assigned to the case earlier this week, raised new questions about how much university officials might have known about Holmes' mental state or potential for violent behavior before the shooting.

Holmes, now 25, is accused of opening fire inside a packed movie theater in the Denver suburb of Aurora on July 20, 2012, during a midnight screening of the Batman film "The Dark Knight Rises." Authorities later found his off-campus apartment wired with explosives, though the booby-traps were safely dismantled.

The movie theater rampage, which also wounded 58 people, ranks as one of the deadliest mass shootings in US history and helped reignite a national debate over gun control.

According to the affidavit of an Aurora police detective, campus officer Lynn Whitten told investigators a day after the massacre that Fenton had informed her on June 12 that Holmes had been having homicidal thoughts.

Defense lawyers have previously disclosed through court documents that Holmes had been a psychiatric patient of Fenton, who was then medical director for student mental health services at the University of Colorado-Denver Anschutz Medical Campus.

Fenton was also a member of the campus-based behavioral assessment and threat assessment team, which helps faculty and staff deal with "individuals who may be threatening, disruptive or otherwise problematic," according to that group's website.

It was not clear whether Fenton was caring for Holmes under the threat-assessment program or under routine counseling she provided to students on campus.

Under Colorado law, mental health professionals cannot be held liable in civil suits for failing to predict a patient's violent actions unless it involves a "serious threat of imminent physical violence against a specific person or persons."

When such a threat is made, the mental health professional is required to take action, which may include notifying those targeted or a law enforcement agency.

A university spokeswoman declined immediate comment on the documents until school officials had the chance to review them. Fenton's lawyers have repeatedly declined to comment on reports about her involvement with Holmes.

Holmes is charged with multiple counts of murder and attempted murder, and prosecutors said at his last court appearance on Monday that they would seek the death penalty should he be convicted.

Arapahoe County District Judge Carlos Samour Jr. has scheduled the trial to begin in February of next year.

A not-guilty plea was entered on Holmes' behalf last month, but the door remains open to the defense to substitute a plea of not guilty by reason of insanity, as Holmes' lawyers have indicated they might do.

The court documents publicly released on Thursday had been ordered sealed since the day of the shooting.

Release of the affidavits was resisted by both prosecutors and defense lawyers, but Samour agreed with news media organizations that unsealing the documents was in the public interest now that the case had been ordered to trial.

The newly divulged records also showed that among the items found in Holmes' apartment were bottles of the anti-seizure medication clonazepam, which also can be used to treat panic attacks and other anxiety disorders, and a bottle of the anti-depressant sertraline, known by its brand name Zoloft.

Promoted
Listen to the latest songs, only on JioSaavn.com
Among his other belongings found in the apartment were a Batman mask, empty beer cans, shotgun shells and text books.