The grim discovery in the Barikin Ladi area of Plateau state came after days of violence apparently sparked by an attack by ethnic Berom farmers on Fulani herders on Thursday. 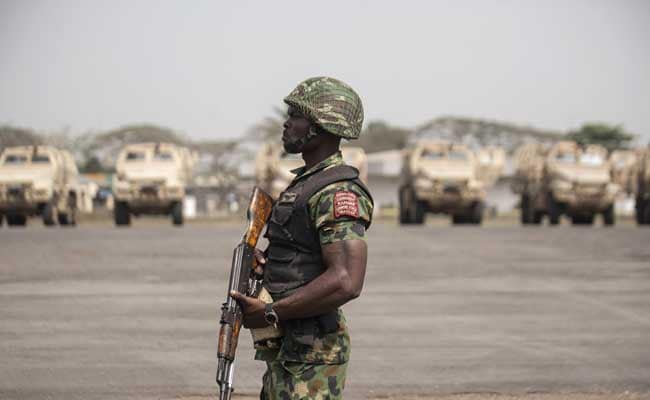 Jos, Nigeria: Nigeria's President Muhammadu Buhari on Sunday called for calm after 86 people were killed in an attack by suspected nomadic herders against farming communities in the restive centre of the country.

The grim discovery in the Barikin Ladi area of Plateau state came after days of violence apparently sparked by an attack by ethnic Berom farmers on Fulani herders on Thursday.

Adie told reporters six people were also injured and 50 houses were razed. Bodies of those who died have been released to their families, he added.

The deaths are the latest in a long-running battle for land and resources that is putting President Muhammadu Buhari under pressure as elections approach next year.

The violence fuelled by ethnic, religious and political allegiances has killed thousands over several decades.

Analysts believe it could become Nigeria's biggest security concern, eclipsing Boko Haram's terrorism that has left at least 20,000 dead since 2009.

Buhari's office said he "appeals for calm and assures that no efforts will be spared" to bring those responsible to justice and prevent further attacks.

"The grievous loss of lives and property arising from the killings in Plateau today is painful and regrettable," he added.

The Plateau state government said it had imposed restrictions on movements in the Riyom, Barikin Ladi and Jos South areas "to avert a breakdown of law and order".

"The curfew takes effect immediately... and movement is restricted from 6:00 pm (1700 GMT) to 6:00 am, except (for) those on essential duties," spokesman Rufus Bature said.

On Sunday, ethnic Berom youths set up barricades on the Jos-Abuja highway and attacked motorists who looked "Fulani and Muslim", according to those who escaped the violence.

There were no official reports of deaths but Baba Bala, who escaped the violence on the road, said at least six people were killed.

"I escaped with a smashed windscreen and dents on my car. I saw six dead bodies and several damaged cars," he added.

Plateau state governor Simon Lalong promised that "operational plans are currently being put in place to secure the affected communities and fish out perpetrators of these crimes.

"While we pray for God's guidance through this difficult time, we will do everything humanly possible to secure our state immediately."

But the violence in Plateau followed a pattern that has become familiar in the state and elsewhere and which the authorities appear unable to stop.

On Thursday, Berom farmers attacked five ethnic Fulani herders travelling with their cattle in a truck at Heipang, in Barikin Ladi.

On Friday, two Berom children were killed in Arangai and Mangu Halle villages in what appeared to be reprisal attacks.

Police spokesman Terna said there were more reprisals on Berom villages in the Gashish area of Barikin Ladi which were "believed to have been carried out by Fulani herdsmen".

"This led to today's violence," he added.

Lamwakers earlier this month demanded that Buhari address worsening security across the country, accusing police of failing to prevent the violence.

On Sunday, Senate leader Bukola Saraki said the killings gave the impression that Nigeria was "not safe".

It was "important for Nigerians to start having the assurances that the government is decisively responding to the current threat to lives and property", he said.

Separately, clashes erupted on Friday between Fulani herders and ethnic Bachama farmers in Dowayan village, in the Demsa area of Adamawa state, in northeast Nigeria.

"The violence started when Bachama farmers prevented Fulani herdsmen from grazing in a field outside the village. Clashes erupted as a result.

"The Bachama mobilised and burnt some Fulani settlements and the Fulani went into Dowayan and burnt houses."

Promoted
Listen to the latest songs, only on JioSaavn.com
Demsa and the nearby Numan area of Adamawa were the scene of deadly clashes between herders and farmers that left scores dead last December.

Buhari has been accused of failing to act as he is also Muslim and Fulani. His government has proposed setting up cattle ranches to prevent tensions over grazing land.