CIA knew In Summer Of Russian Effort To Back Donald Trump: Report 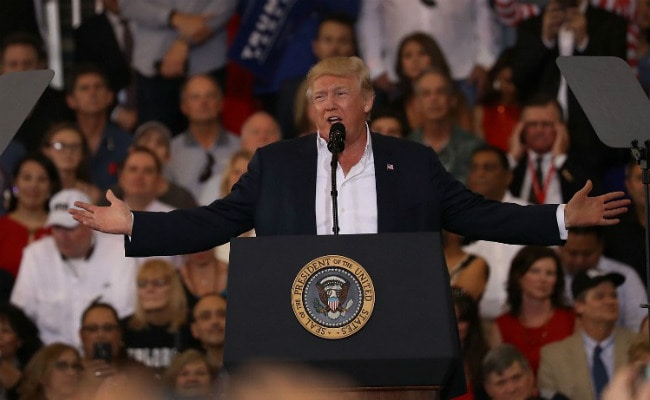 Washington: The CIA had evidence that Russia was interfering in the 2016 US election to boost Donald Trump earlier than previously thought, the New York Times reported Thursday.

Russia's interference was not made public until months after Mr Trump's November 8 election victory, with US intelligence chiefs openly accusing Russian President Vladimir Putin of masterminding a hacking and disinformation campaign to skew the election results.

Citing former government officials, The Times said secret briefings much earlier in the presidential campaign had revealed Russia's move to support Mr Trump -- as well as divergence between the Central Intelligence Agency and the Federal Bureau of Investigation, which is in charge of counterintelligence.

FBI senior officials had held that Russian hacks of Democratic Party communications were aimed at disrupting the election, without the specific goal of electing Mr Trump. The agency later reached the same conclusion as the CIA.

John Brennan, the former head of the CIA, began in August secretly briefing top members of Congress on early, CIA-detected signs of possible collusion between Mr Trump's inner circle and the Russians.

The FBI confirmed in March that it was probing whether Mr Trump campaign aides had worked with the Russian effort to influence the election.

Promoted
Listen to the latest songs, only on JioSaavn.com
Mr Trump has vehemently denied accusations of collusion, and so far no evidence has publicly surfaced.

(Except for the headline, this story has not been edited by NDTV staff and is published from a syndicated feed.)
Comments
US ElectionsRussia's Role In Trump CampaignUS elections hackingCIA Intel On US ElectionsCIA