A psychology professor in California who is married and has two children, Christine Blasey Ford said she was "100 percent" certain it was Kavanaugh who attacked her and not a case of mistaken identity. 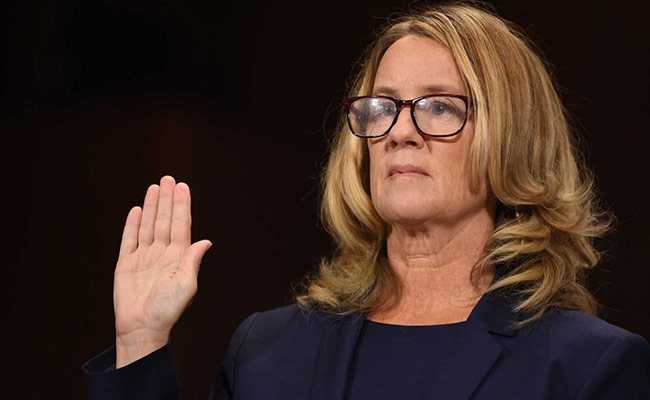 "I am here today not because I want to be. I am terrified," said Christine Blasey Ford (AFP)

University professor Christine Blasey Ford said Thursday she believed she was going to be raped or accidentally killed during an alleged assault 36 years ago by Brett Kavanaugh, Donald Trump's embattled nominee for the Supreme Court.

"I am here today not because I want to be," the 51-year-old Blasey Ford told members of the Senate Judiciary Committee in a charged hearing room.

"I am terrified," she said, her voice quavering on the verge of tears as she recounted the details of the 1982 incident which she says took place at a party in a suburban Maryland home.

"I am here because I believe it is my civic duty to tell you what happened to me while Brett Kavanaugh and I were in high school," Blasey Ford said. 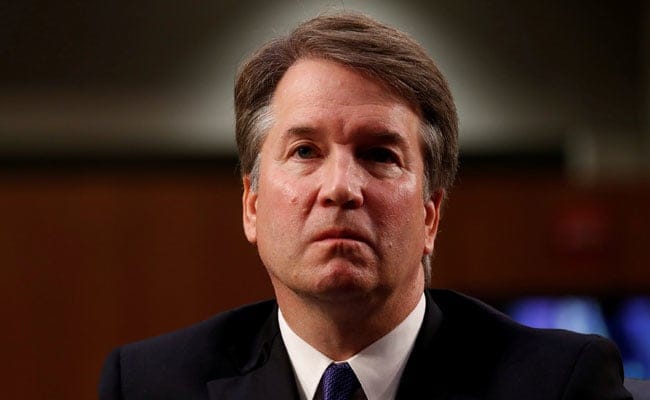 Kavanaugh, a conservative 53-year-old appeals court judge, was not present as the session -- which could make or break his confirmation to the nation's highest court -- got underway. He is expected to testify later in the day.

The accusation, which Kavanaugh steadfastly denies, has thrust the Trump administration into the #MeToo movement's harsh glare, and threatens to derail a conservative effort to tilt the high court to the right for years to come.

A psychology professor in California who is married and has two children, she said she was "100 percent" certain it was Kavanaugh who attacked her and not a case of mistaken identity.

She said Kavanaugh and a friend of his, Mark Judge, were "visibly drunk" at the party and that she was pushed into a bedroom as she headed to the bathroom.

"Brett and Mark came into the bedroom and locked the door behind them," she said. "I was pushed onto the bed and Brett got on top of me.

'I Believed He Was Going To Rape Me'

"He began running his hands over my body and grinding into me," she said. "I yelled, hoping that someone downstairs might hear me.

"Brett groped me and tried to take off my clothes," she said. "He had a hard time because he was very inebriated.

"I believed he was going to rape me," Blasey Ford said. "I tried to yell for help.

"When I did, Brett put his hand over my mouth to stop me from yelling," she said. "This is what terrified me the most and has had the most lasting impact on my life.

"It was hard for me to breathe, and I thought that Brett was accidentally going to kill me," she said.

"Indelible in the hippocampus is the laughter, the uproarious laughter between the two, and them having fun at my expense," she said when asked about her most powerful memory of the incident.

Blasey Ford said she managed to escape when Judge jumped on the bed, sending them all toppling.

Senate Judiciary Committee chairman Senator Chuck Grassley opened the hearing with an apology to both Blasey Ford and Kavanaugh.

"Both Dr Ford and Judge Kavanaugh have been through a terrible couple weeks. They and their families have received vile threats," Grassley said.

"So I want to apologize to you both for the way you've been treated."

Outside the US Capitol, pro- and anti-Kavanaugh demonstrators gathered as senators pondered the fate of a nominee who could impact the balance of the top US court for decades.

Trump nominated Kavanaugh to replace Justice Anthony Kennedy, who had been a swing vote on a court currently divided between four conservative and four liberal justices.

The Republican president has fiercely defended his pick -- but said Wednesday he would watch the highly charged hearing and was open to changing his mind.

"I can always be convinced," Trump said. "If I thought he was guilty of something like this, yes, sure.

At the same time, Trump said he was skeptical because he personally had been the target of "false charges" by various women.

"I have been accused of acting out of partisan political motives," she said. "Those who say that do not know me.

"I am a fiercely independent person and I am no one's pawn," she said.

Kavanaugh has also been accused of exposing himself to a classmate, Deborah Ramirez, during an alcohol-fueled Yale University party a few years later.

On Wednesday, a third woman, Julie Swetnick, came forward with explosive allegations, saying she witnessed sexually abusive behavior by Kavanaugh when he was a teenager and claimed she had been drugged and gang-raped at a party he attended in the early 1980s.

Kavanaugh strongly denies all the charges.

The Kavanaugh nomination has turned into a political firestorm ahead of November congressional elections and is threatening to derail Trump's push to get a conservative-minded majority on the top court ahead of the vote.

The hearing has brought back memories of the confirmation process nearly three decades ago for Supreme Court justice Clarence Thomas, who was accused of sexual harassment by Anita Hill.

"The entire country is watching how we handle these allegations," Feinstein said.

"This is not a trial of Dr Ford," she added. "It's a job interview for Judge Kavanaugh."

(Except for the headline, this story has not been edited by NDTV staff and is published from a syndicated feed.)
Comments
Christine Blasey FordBrett KavanaughBrett Kavanaugh Hearing