Chopin Wanted His Heart Cut Out And Preserved. It Was. What It Shows

His body was laid to rest in Paris's Pere Lachaise cemetery, but his deathbed wish was granted. His heart was removed from his body and sealed in a jar of liquor, which many believe to be cognac. 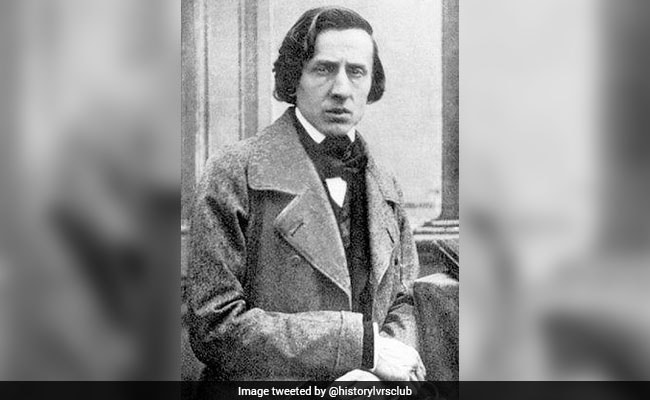 Frederic Chopin suffered from Taphephobia, the fear of being buried alive

Frederic Chopin wanted his heart cut out of his corpse.

With his dying breaths in 1849 Paris, the renowned 39-year-old composer and pianist requested that his heart be removed and entombed in his beloved homeland, Poland, which had lost its independent existence, swallowed up by the Russian Empire, Prussia and the Habsburg monarchy.

He suffered from taphephobia, the fear of being buried alive. That fear extended to the burial of his heart, which he saw as a symbol of his living soul.

"Swear to make them cut me open, so that I won't be buried alive," were his last known words, according to a recent article in Nature, "Frederic Chopin's Telltale Heart."

His body was laid to rest in Paris's Pere Lachaise cemetery, but his deathbed wish was granted. His heart was removed from his body and sealed in a jar of liquor, which many believe to be cognac.

Chopin had been chronically ill. But the cause of Chopin's death, while widely attributed to tuberculosis, was actually a mystery and remained that way for more than 150 years. For decades, scientists thought that if they could examine his heart, they could finally determine the cause of his death.

In 2014, a group of scientists finally got their chance, and they recently published the results in the American Journal of Medicine. The study claims Chopin died of pericarditis, a rare complication of tuberculosis that causes swelling of the membrane surrounding the heart, according to the Mayo Clinic.

The heart had taken a long and storied journey.

After his death, Chopin's sister Ludwika smuggled the heart past Russian border guards into Warsaw. After bouncing from relative to relative, it finally was sealed in a pillar at Holy Cross Church.

It barely survived two World Wars. During the Nazi occupation of Germany, with Chopin a symbol of Polish nationalism, his heart was removed from the church and gifted to Erich von dem Bach-Zelewski, a high-ranking SS officer who purportedly enjoyed Chopin's music, according to the Guardian.

After World War II, Germany returned the heart to the church's pillar, where it remained untouched for more than 70 years.

"This is a very emotional object for Poles," Michal Witt, a geneticist involved in the inspection told the Associated Press. Chopin is "extremely special for the Polish soul."

In 2014, though, the heart was removed once more - this time for research purposes.

"The mystery of this man's illness lingers on - how he could survive for so long with such a chronic illness and how he could write pieces of such extraordinary beauty. It's an intellectual puzzle, it's a medical mystery and it's an issue of great scientific curiosity," Steven Lagerberg, who wrote a book about Chopin's mysterious death, told the AP in 2014.

So on April 14, 2014, shortly after midnight, 13 people, including the archbishop of Warsaw, the culture minister and several scientists, gathered at Holy Cross Church to exhume the heart, extensively photograph and examine it, and immediately place it back into the pillar.

They were sworn to secrecy to avoid the event becoming a media circus, the AP reported at the time.

"The spirit of this night was very sublime," Tadeusz Dobosz, the forensic scientist on the team, said.

"With a feeling of mystery hanging in the air, they worked in total concentration, mostly whispering, as they removed the heart from its resting place and carried out the inspection - taking more than 1,000 photos and adding hot wax to the jar's seal to prevent evaporation. Warsaw's archbishop recited prayers over the heart and it was returned to its rightful place."

The scientists weren't allowed to perform any sort of invasive testing on the heart, out of concern for the preserved organ's integrity.

"We didn't open the jar," team leader Professor Michael Witt of the Polish Academy of Sciences told the Observer. "But from the state of the heart we can say, with high probability, that Chopin suffered from tuberculosis while the complication pericarditis was probably the immediate cause of his death."

Two features of the heart, both visible symptoms of pericarditis, immediately stood out to the scientists. The heart, as they wrote in the article, was "massively enlarged and floppy." It was also covered with a white substance, which made it appear "frosted."

The evidence isn't conclusive. For that, the jar would have to be opened for the first time since the composer died, exposing the heart to the open air. Many hope it never will be.

Chopin's heart, as the AP said at the time of the heart's removal, "inspires a deep fascination in Poland normally reserved for relics of saints."

"Some people still want to open it in order to take tissue samples to do DNA tests to support their ideas that Chopin had some kind of genetic condition," Witt told the Observer. "That would be absolutely wrong. It could destroy the heart and in any case I am quite sure we now know what killed Chopin."

(Except for the headline, this story has not been edited by NDTV staff and is published from a syndicated feed.)
Comments
Frederic ChopinFrederic Chopin heart