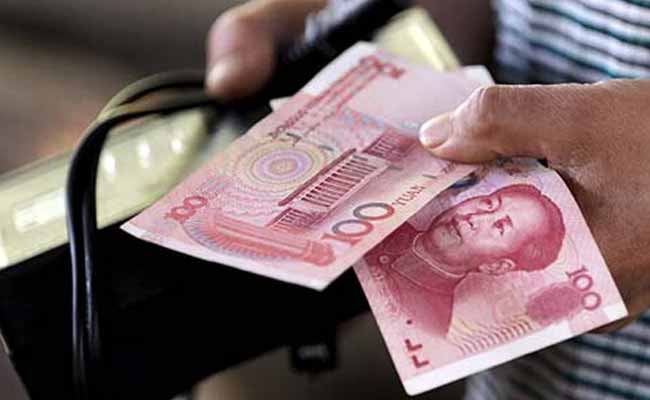 Call it the advance payment scam with Chinese twist.

The man posed as 300-year-old Chinese emperor Qianlong, who was apparently still going strong thanks to drinking the "elixir of life," and he told a woman in southern China he could access his "imperial savings" but he just needed a down-payment to "unfreeze the money."

Who wouldn't believe that story?

The "emperor" was introduced to the woman by a friend and fellow con-artist.

Posing as a student of global investor George Soros, the man persuaded her to part with a further 45 million yuan to invest in "profitable" financial derivatives and to invest in a technology firm the southern city of Shenzhen.

The two men made off with her money, spending it on houses, cars and medicine, but were eventually discovered and found guilty at a court in Shenzhen Thursday.

The swindle is a variation on the classic Spanish prisoner scam dating back to the late 18th century, where the con man claims he is trying to smuggle a rich person out of jail in Spain. All he needs is an advance payment to bribe the guards: once the person is freed, his fortune will be shared.

These days, you might see an email from someone pretending to be the widow of a former African ruler whose assets have unfortunately been frozen: all you need to send is your bank account details, and the money will be deposited, and shared. Except of course it isn't, and you are more likely to become the victim of identity theft.

In China, the Southern Metropolis Daily reported, this is not the first time a bit of imperial magic has been used to persuade people to part with their cash.

A 48-year woman pretended to be a princess of the royal Qing dynasty family, claiming she had access to a legacy worth 175 billion yuan. Between 2013 and 2014, she scammed some 2.3 million yuan from several victims in rural Henan province.

In 2011, a man in Sichuan gave a woman 30 million yuan in cash after she claimed she was from the Aisin Gioro family, descendants of Qing dynasty who ruled China from 1644 until 1912. The woman had claimed she had 98 million yuan stashed in caves but - you guessed it -needed money to bribe the guards.

The Qianlong Emperor was the sixth emperor of the Qing dynasty. Born in Beijing in 1711, his six-decade reign was one of the longest in Chinese history. He is remembered for expanding the empire's limit, including to modern-day Xinjiang, tightening its grip over Tibet, and conducting a series of military campaigns that eliminated the threat from Turkic and Mongol tribes to northeastern China.

But the final two decades of rule was also marked by extravagance and corruption that left the empire considerably weaker. He died in 1799.