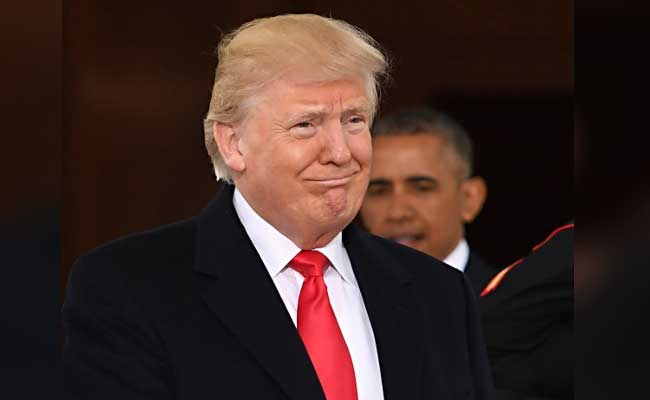 In China, Twitter is blocked but fake tweets by @realdonaldtrump look set to become internet sensation

Beijing: In China, Twitter is blocked but fake tweets by @realdonaldtrump look set to become the latest internet sensation.

Users are flocking to websites that let them generate images of fake tweets that look just like those sent from U.S. President Donald Trump's distinctive personal Twitter account - replete with his avatar and a real-time timestamp.

- @realdonaldtrump would like to wish you a Happy Chinese New Year, says one, referencing the holiday that falls this year on Saturday.

- @realdonaldtrump wants to buy a jianbing (typical Chinese street food) and wants Mexico to pay for it.

- @realdonaldtrump's "favorite boy band" is the South Korean group GOT7: "They are so cute!"

Jike, a Shanghai-based startup running one such website, said Thursday that in just four days, users have created more than a million fake @realdonaldtrump tweets in Chinese and English, often mimicking Trump's tone and fondness for exclamation marks. They are being shared on Chinese social networking sites to crack jokes, tout online goods and send Lunar New Year greetings.

The fake Trump tweets circulating on Chinese social media reflect how Trump's use of Twitter is even seeping into the popular consciousness of a country where Twitter has been blocked by censors for years.

Although Trump's comments on trade, Taiwan and the South China Sea have raised concerns in Beijing, there is a certain fascination about Trump among some young Chinese who see him as a symbol of American showmanship but overlook his anti-China rhetoric, at least for now.

"For young Chinese people, Trump has an extremely iconic image," said Lin Hang, a co-founder of Jike. "His Twitter content can easily spark conversations in China. His language style is very recognizable. So when netizens put their everyday life musings or roasts in his voice, it provokes a certain reaction, a certain resonance."

Jike, founded by Chinese who studied at the University of Michigan and worked at Google, rolled out the website on Sunday, Lin said. Employees at the startup, which mainly produces a personalized news app, started sharing it with their friends that night as a joke.
It spread quickly from China's highly educated, English-speaking internet circles to other social groups and smaller cities, Lin said.

Trump's tweeting habits have also been widely covered in the Chinese media. In a commentary this month, the official Xinhua News Agency warned against Trump's "obsession with Twitter foreign policy" after he criticized China in a series of tweets about Taiwan, North Korea and trade.

Vincent Zhang, a 37-year-old employee at Jiayuan, a Chinese online dating site, said the flurry of fake Trump tweets he saw his friends sharing showed that many young Chinese had a relatively neutral view of Trump and saw him as a showman.

Promoted
Listen to the latest songs, only on JioSaavn.com
"Now it's a lot of jokes because the trade issues don't feel like they affect our ordinary lives," Zhang said. "If he made it much more difficult to get U.S. visas, then you will see a lot of people insult him."

(Except for the headline, this story has not been edited by NDTV staff and is published from a syndicated feed.)
Comments
Fake Trump Twitter accountChinese Trump twitter accountChina US Relations