The deal which gives China's Zijin Mining a 63% stake in the RTB Bor mining in eastern Serbia, marks the expansion of Beijing's economic footprint in the Balkan region. 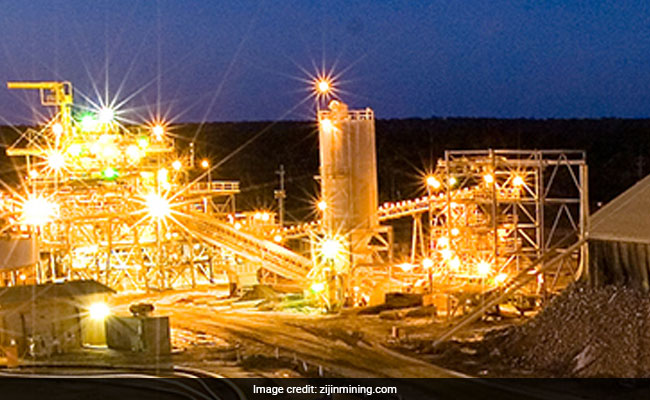 The contract is expected to be signed in September and Zijin could start managing the company next year.

Serbia has picked a Chinese firm to take over its debt-hit copper mine after the company offered to invest $1.26 billion, a minister said Friday.

The deal, which gives China's Zijin Mining a 63 percent stake in the RTB Bor mining and smelting complex in eastern Serbia, marks the latest expansion of Beijing's economic footprint in the Balkan region.

As part of the agreement, Zijin has also promised to cover RTB Bor's $200 million debt and keep 5,000 jobs at the mine, Serbia's Minister of Energy and Mining Aleksandar Antic told reporters.

The contract is expected to be signed in September and Zijin could start managing the company early next year, Antic added.

A Chinese company bought Serbia's sole steel mill in 2016, while other firms have built infrastructure projects across the Balkans as part of Beijing's global "One Belt, One Road" ambitions.

The deals have raised concerns in Brussels and Western Europe over growing Chinese influence in the region, as well as risky loan terms for the host countries.

Serbia had tried to privatise the troubled copper mine for years, but several tenders had failed due to a lack of interest of foreign investors.
The mining company was a pillar of Serbia's industrial sector before the collapse of communist Yugoslavia in the early 1990s.

But it became a burden on the country's struggling economy because of mismanagement and international sanctions during the 1990s regime of late president Slobodan Milosevic.

According to company data, it exported 15,000 tonnes of copper in the first half of 2018 with a total revenue of $107 million, a 23-percent increase in comparison with the previous year.