Kim Jong invited Xi "to make an official visit to the DPRK at a convenient time and the invitation was accepted with pleasure", KCNA reported. 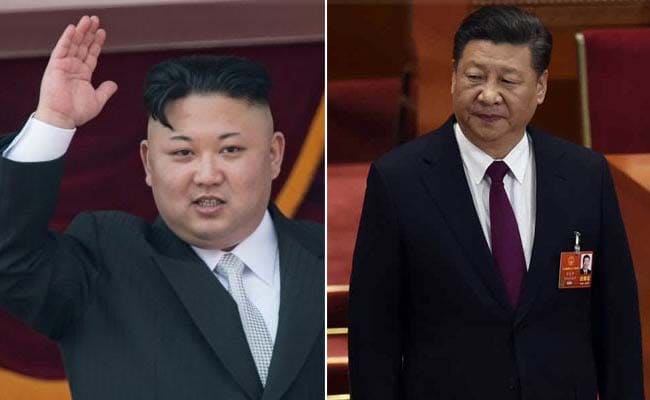 On behalf of the North's ruling party and government, Kim invited Xi "to make an official visit to the DPRK at a convenient time and the invitation was accepted with pleasure", KCNA reported, using the country's official acronym.

The relationship between the North and its key protector has soured in recent years, with China increasingly exasperated by its neighbour's nuclear antics, and recently showing a new willingness to enforce United Nations sanctions imposed on it over its weapons and missiles programmes.

KCNA described the visit as unofficial and said it ran from Sunday to Wednesday, implying that Kim's armoured train entered China at the weekend and crossed back into North Korea early Wednesday after leaving Beijing on Tuesday afternoon.

Promoted
Listen to the latest songs, only on JioSaavn.com
Kim was accompanied by his wife Ri Sol Ju and several officials and dignitaries, KCNA said, without mentioning his sister Kim Yo Jong, who acted as his special envoy to last month's Winter Olympics in the South, which have triggered an unprecedented flurry of diplomatic activity on and around the flashpoint peninsula.