The release of the book, publicised across the ruling party's state media, comes as President Xi seeks to further cement his grip on power at a key five-yearly party congress to be held this autumn. 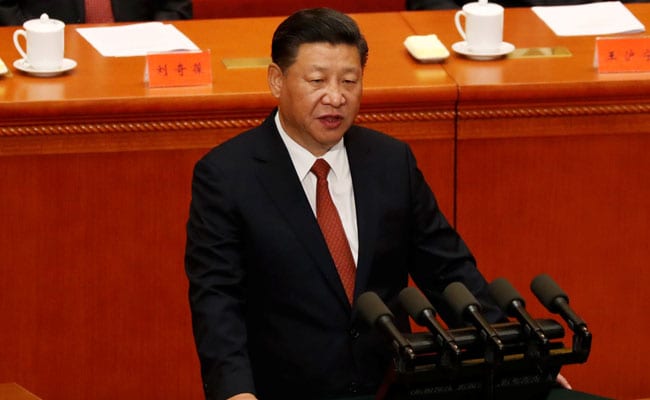 Beijing: China's top training school for Communist Party cadres has published a book on the experiences of President Xi Jinping during the Cultural Revolution, exhorting party members to learn from the events that drove his "unshaken pursuit of ideals".

The release of the book, publicised across the ruling party's state media, comes as President Xi seeks to further cement his grip on power at a key five-yearly party congress to be held this autumn.

The book will become "essential" learning material for all party cadres, the Central Party School's official newspaper, the Study Times, said on Friday, directing its lecturers to "conscientiously learn and digest" the book's details.

"Whatever the masses needed, Jinping did," it quoted a villager, Shi Chunyang, as saying in an extract from the book.

The book, titled "Xi Jinping's Seven Years as an Educated Youth", comprises interviews conducted over a year with President Xi's fellow villagers from Liangjiahe in the northwestern province of Shaanxi, where he spent the years from 1969 to 1975.

Revisiting Xi's "arduous journey of growth" from his time as a "sent-down" youth will allow cadres to "highly align" with President Xi's political thought and actions as the "core" of the Communist Party leadership, the paper added.

The son of a revolutionary war hero who was later purged, the teenager was caught up in the pandemonium of the decade-long Cultural Revolution, kicked off by Chinese leader Mao Zedong in 1966.

President Xi was among roughly 16 million young people sent to China's impoverished villages to be remoulded by hard labour. He later became president of the Central Party School, from 2007 to 2012.

China's ruling party has sought to strike a balance between portraying President Xi as a morally upstanding and virtuous leader to be emulated and nipping in the bud a cult of personality that took shape around him soon after he took office five years ago.

State-run media periodically reprise accounts of his time in the village to project an image of a man of the people who has experienced the same hardships as those at the very bottom of Chinese society.
© Thomson Reuters 2017
Comments
Xi Jinping bookXi Jinping teenage lifeChina Cultural Revolution