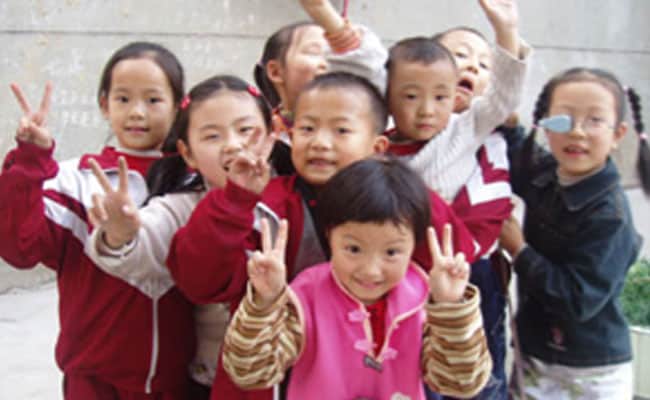 Beijing: The theory that China's one-child policy has led to about 30 to 60 million "missing girls" which has created a gender imbalance in the world's most populous country is likely far overblown, a new study claims.

Researchers from University of Kansas (KU) in the US found those numbers are likely overblown and that a large number of those girls are not missing at all.

"People think 30 million girls are missing from the population. That's the population of California, and they think they are just gone," said John Kennedy, a KU associate professor of political science.

"Most people are using a demographic explanation to say that abortion or infanticide are the reasons they do not show up in the census, and that they do not exist. But we find there is a political explanation," said Kennedy.

The 2010 Chinese census found the sex ratio at birth was 118 males for every 100 females. Globally the average is about 105 males to females, researchers said.

In 2015, Chinese state media announced all couples would be allowed to have two children, signalling the end of the controversial 35-year-old policy, but scholars and policymakers are examining how the ban could have lasting social influence in China on everything from elderly care to political stability, they said.

Kennedy and Shi Yaojiang, from Shaanxi Normal University in China, analysed statistics and found that a combination of late registration and unreported births explain a larger portion of the "missing girls" than previously reported in Chinese sex-ratio-at-birth statistics.

The researchers believe local government officials informally worked with farmers and acknowledged that they could not fully enforce the one-child policy.

Instead they made tact agreements in allowing families to have extra children in exchange for social stability in their communities.

The cadres, or local governments, would then under-report "out of plan" births that ultimately influenced the national population statistics, researchers said.

"There is no coordination between cadres saying 'we're all in agreement,'" Kennedy said.

"Actually it's just very local. The people who are implementing these policies work for the government in a sense. They are officials, but they are also villagers, and they have to live in the village where they are implanting policies," he said.

The work by Kennedy and his co-researchers began in 1996 when they interviewed a villager in the northern Shaanxi province and discovered that he had two daughters and a son. The farmer referred to the middle daughter as "the non-existent one."

Promoted
Listen to the latest songs, only on JioSaavn.com
Kennedy said since the mid-1980s, villagers could legally have a second child if the firstborn was a girl.

"We noticed that qualitatively when we interviewed villagers and higher and lower level officials everybody had a tacit understanding that yes, millions of girls and some boys, too, were allowed to be unregistered, and then these children appear in the population statistics as older cohorts at junior high school age and marriage age," said Kennedy.