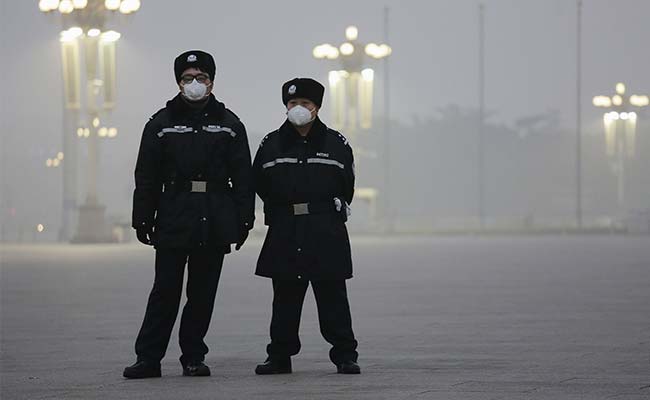 Beijing: China's capital on Monday issued its first ever "red alert" for pollution, as the city government warned that Beijing would be shrouded in heavy smog from Tuesday until Thursday.

China's leadership has vowed to crack down on environmental degradation, including the air pollution that blankets many major cities, following decades of unbridled economic growth.

The move comes as U.N. Secretary-General Ban Ki-moon warned a Paris summit of nearly 200 nations against a "climate catastrophe", urging governments to reach a strong deal to limit global warming.

In an online statement, the Beijing city government ordered all outdoor construction work to stop on red alert days, besides urging schools to close.

The notice, issued after days of heavy smog last week, also puts traffic restrictions on certain types of vehicles in the city of 22.5 million people.

The warning was an upgrade from an orange alert issued over the weekend, part of China's four-colour warning system that includes yellow and blue levels for less polluted conditions.

Beijing residents took to the Internet to criticise authorities for not issuing a red alert during last week's episode of heavy smog, which exceeded hazardous levels on pollution indices.

Chinese researchers have identified pollution as a major source of unrest around the country.

The looming smog underscores the challenge facing the government as it battles pollution caused by the coal-burning power industry, and will raise questions at the Paris talks about its ability to clean up its economy and environment.
© Thomson Reuters 2015