China Warns US Over Arms Sales To Taiwan 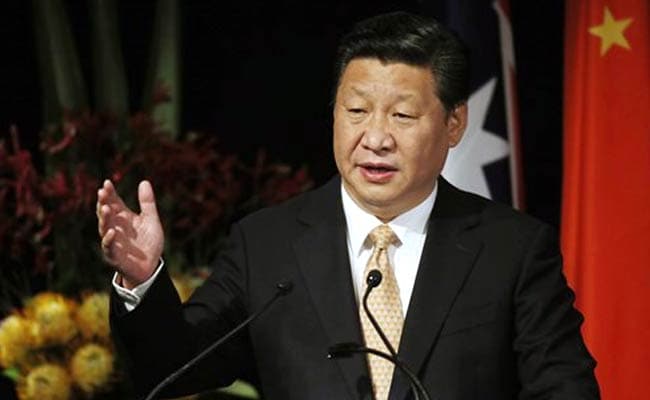 Beijing: China on Monday reiterated its firm opposition to US arm sales to Taiwan, amid reports that Donald Trump's administration is preparing a large shipment of advanced weaponry for the self-ruling island.

"We hope the US side fully recognises the high sensitivity and serious harmfulness of its sales to Taiwan."

She called on Washington to abide by the One-China policy and "cease Taiwan arm sales" in order to preserve Sino-US relations and peace and stability in the Taiwan Strait.

The comments, which came one day after US Secretary of State Rex Tillerson ended a visit to Beijing, followed reports in US media that Trump's government was preparing a large-scale arms package for Taiwan.

China sees Taiwan as part of its territory awaiting reunification, by force if necessary.

The United States is the democratically-ruled island's most powerful ally and its main arms supplier, even though the two sides do not have official diplomatic ties after Washington switched recognition to Beijing in 1979.

There have been concerns Taiwan will become a bargaining chip between the US and China since Trump angered Beijing with a protocol-busting telephone conversation with the island's President Tsai Ing-wen following his election victory.

Trump and China's President Xi Jinping subsequently smoothed over the dispute in a phone call in which the US leader reiterated Washington's adherence to the One China policy, which nominally acknowledges Beijing's claim without recognising it.

Taiwan unveiled a major defence report last week and confirmed publicly for the first time that it was capable of launching missiles at China.

"Should the enemy insist on invading, we will weaken their capabilities by striking enemy troops at their home bases, fighting them at sea, crushing them as they approach the coastlines and wiping them out on the beaches," said the four-yearly report to parliament.

The report summary said Beijing had never abandoned its desire to invade.

It added China's military spending had been growing and its resources had seen "rapid modernisation".

Beijing sent its only aircraft carrier, the Liaoning, through the Taiwan Strait in January as a show of strength, but it did not enter Taiwanese waters.

Since then Taiwan has announced a ramping up of its military, including the development of new stealth fighter jets.

Promoted
Listen to the latest songs, only on JioSaavn.com
China has more than 1,500 missiles aimed at Taiwan, according to Taiwan's defence ministry.