Premier Li Keqiang issued the warning in a speech at the opening of the annual session of China's parliament, his stern words coming amid mounting Chinese anger over a US bill that seeks to raise official contacts between Washington and Taipei. 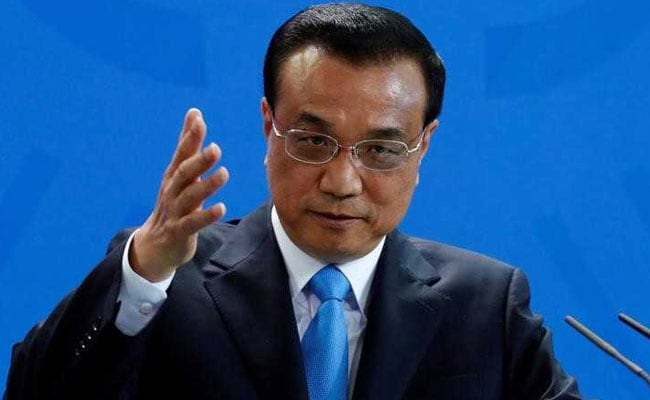 Beijing: China said on Monday that it would never tolerate any separatist schemes for self-ruled Taiwan and would safeguard China's territorial integrity with the aim of "reunification" with an island it considers its sacred territory.

Premier Li Keqiang issued the warning in a speech at the opening of the annual session of China's parliament, his stern words coming amid mounting Chinese anger over a US bill that seeks to raise official contacts between Washington and Taipei.

On Friday, China said Taiwan would only get burnt if it sought to rely on foreigners, adding to the warnings from state media about the risk of war.

The US legislation, which only needs President Donald Trump's signature to become law, says it should be US policy to allow officials at all levels to travel to Taiwan to meet their counterparts, permit high-level Taiwan officials to enter the United States "under respectful conditions" and meet US officials.

In his address to the largely rubber-stamp assembly, Li said China would promote the peaceful growth of relations across the Taiwan Strait and "advance China's peaceful reunification".

"We will remain firm in safeguarding China's sovereignty and territorial integrity and will never tolerate any separatist schemes or activities for Taiwan independence," Li said, to applause from the 3,000-odd legislators at the Great Hall of the People.

"As fellow Chinese living on both sides of the Taiwan Strait, we share a bond of kinship. As long as we go with the tide of history and work together for our nation's greater good, we will together create the future - a beautiful future of national rejuvenation."

Democratic Taiwan has shown no interest in being run by mainland China.

Separately, China said defence spending for 2018 would rise 8.1 per cent compared with the previous year, a number that will likely add to Taiwan's concern about Chinese intentions amid a stepped up Chinese military presence near the island.

Zhang Zhijun, head of China's Taiwan Affairs Office, told reporters after Li had finished speaking that China's people would never stand for any bid by Taiwan to secure its independence.

"We have resolute will, full confidence and even fuller ability to prevent any sort or form of Taiwan independence separatist acts," Zhang said.

China's hostility towards Taiwan has risen since the election to president of Tsai Ing-wen from the pro-independence Democratic Progressive Party in 2016.

China suspects Tsai wants to push for formal independence, which would cross a red line for Communist Party leaders in Beijing, though Tsai has said she wants to maintain the status quo and is committed to ensuring peace.

Beijing considers democratic Taiwan to be a wayward province and integral part of "one China", ineligible for state-to-state relations, and has never renounced the use of force to bring it under its control.

Promoted
Listen to the latest songs, only on JioSaavn.com
Hong Kong has been another troublesome area for China's leadership, especially after students organised weeks of protests in late 2014 to push for full democracy.

China will continue to implement to the letter and in spirit the "one country, two systems" method of rule for the Chinese territories of Hong Kong and Macau, Li said.
© Thomson Reuters 2018