Turkey launched an assault last week against the Syrian Kurdish People's Protection Units (YPG), which it sees as a "terrorist" offshoot of Kurdish insurgents in its own territory. 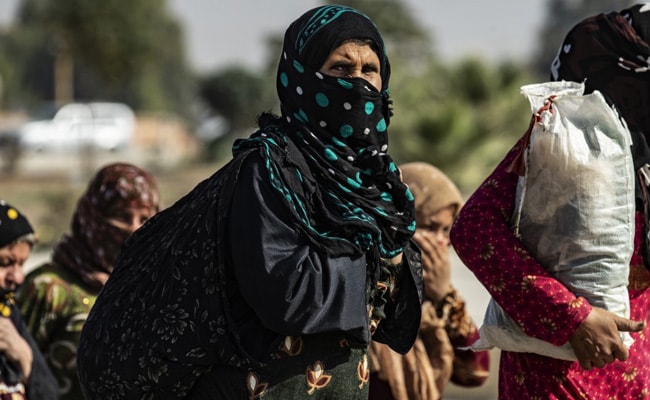 China on Tuesday called on Turkey to stop its military action in northern Syria and "return to the correct way of political resolution", with Ankara's operation against Kurdish militants in its seventh day.

Turkey launched an assault last week against the Syrian Kurdish People's Protection Units (YPG), which it sees as a "terrorist" offshoot of Kurdish insurgents in its own territory.

The United States imposed sanctions on Turkey, its NATO ally, in a bid to stop an assault that its own troop withdrawal from the area had triggered but Ankara has shown no sign of relenting.

"The sovereignty, independence, unification, and territorial integrity of Syria should be respected and upheld," Chinese foreign ministry spokesman Geng Shuang said at a regular press briefing.

"We call on Turkey to stop military action, and return to the correct way of political resolution."

Turkish President Recep Tayyip Erdogan said Tuesday that the operation would not stop until "our objectives have been achieved".

He said 1,000 square kilometres (385 square miles) of Syrian territory had so far been "liberated from the separatist terrorist organisation".

Turkey plans to establish a safe zone stretching across northern Syria, to which it can repatriate many of the 3.6 million Syrian conflict refugees that it is hosting.

Geng warned that the operation "may result in terrorists fleeing out, and the Islamic State may attempt to take the opportunity to stage a comeback".

"We urge the Turkish side to take responsibility and be side by side with the international community and jointly fight terrorism."

(This story has not been edited by NDTV staff and is auto-generated from a syndicated feed.)
Comments
ChinaSyriaUnited States