China To Assess US Defence Bill, Calls For Fair Treatment To Investors

"Chinese and U.S. companies have a strong wish to deepen investment cooperation, and the potential is enormous," China's commerce ministry said. 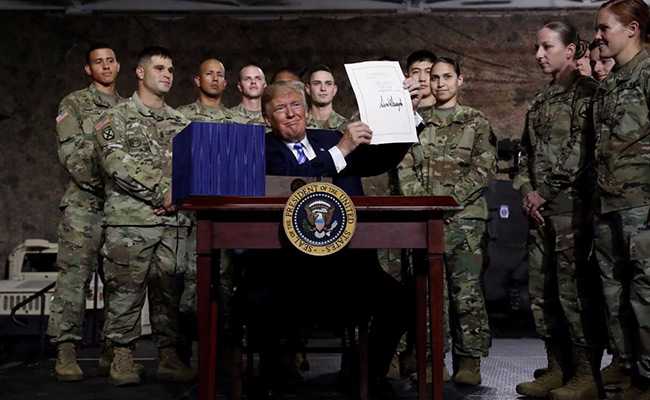 China's Commerce Ministry said on Tuesday it will comprehensively assess a new U.S. defence act that strengthens the role of a key committee tasked with reviewing proposed foreign investment, and called for fair treatment of Chinese investors.

The National Defense Authorization Act, or NDAA, strengthens the Committee on Foreign Investment in the United States (CFIUS), which reviews proposed foreign investments to weigh whether they threaten national security. That measure was seen as targeting China.

In a short statement, China's Commerce Ministry said it had noted the inclusion of CFIUS in the act and would "comprehensively assess the contents", paying close attention to the impact on Chinese firms.

"Chinese and U.S. companies have a strong wish to deepen investment cooperation, and the potential is enormous," the ministry added.

"The governments of the two countries should listen to the voices of the companies, and provide a good environment and stable expectations," it added.

"The U.S. side should objectively and fairly treat Chinese investors, and avoid CFIUS becoming an obstacle to investment cooperation between Chinese and U.S. firms."

(Except for the headline, this story has not been edited by NDTV staff and is published from a syndicated feed.)
Comments
Donald TrumpUS defence policy bill