The two sides have been embroiled in a bruising trade war for more than a year, and have slapped punitive tariffs on hundreds-of-billions-of-dollars-worth of two-way trade. 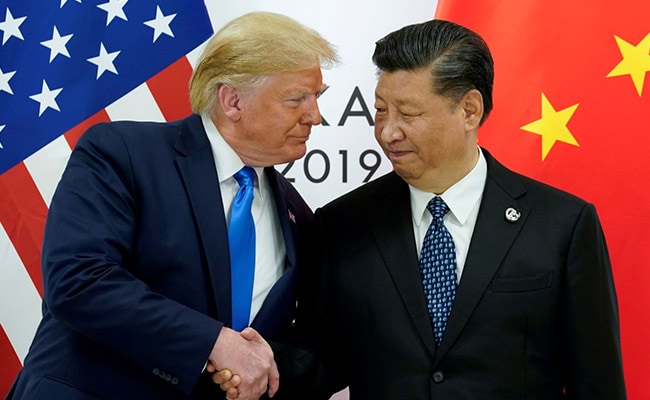 China and the United States have agreed a plan to remove tariffs.

China and the United States have agreed a plan to remove tariffs imposed on two-way goods in stages, the commerce ministry said Thursday, as negotiators try to hammer out a trade deal.

The two sides have been embroiled in a bruising trade war for more than a year, and have slapped punitive tariffs on hundreds-of-billions-of-dollars-worth of two-way trade.

But there has been growing hope that they are close to reaching a mini agreement as part of a wider deal.

"In the past two weeks, the negotiation leaders of the two sides have held serious and constructive discussions on properly resolving their core concerns and agreed to roll back the additional tariffs in stages, as progress is made towards a (final) agreement," ministry spokesman Gao Feng said at a news conference.

If confirmed by the US, the comments could be the latest positive signal in efforts by negotiators to formalise a partial trade deal -- although details remain sparse.

Gao said if the two sides reached a phase-one agreement, tariffs should be rolled back "in the same proportion and simultaneously".

"This is an important condition for reaching an agreement," he said.

US President Donald Trump had planned to sign a pact with China's Xi Jinping on the sidelines of the now-cancelled summit in Chile this month.

He then told reporters Friday he was "looking (at) a different couple locations".

Trump noted that negotiations are "moving along" and "our deal's going along fine with China" but stressed repeatedly that he did not want to give more details until the agreement was finalised.