Britain's mission said that Consul General Stephen Ellison leapt into action at the weekend to save a woman who had fallen into a river coursing through a nearby tourist town. 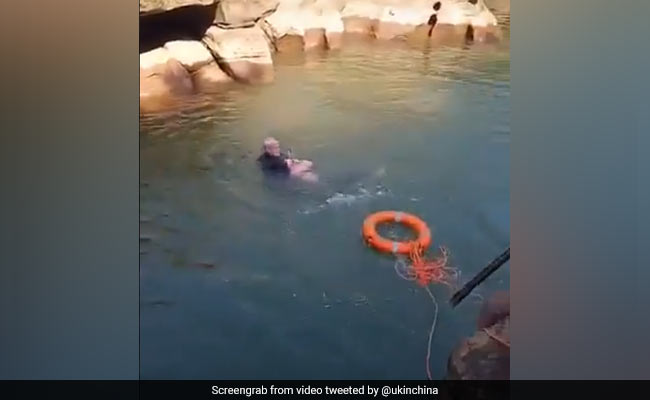 Beijing on Tuesday praised a British diplomat who was filmed diving into a river in southern China to save a drowning student, a rare warm moment between two countries at loggerheads over human rights.

Britain's mission in the southwestern city of Chongqing said Monday that Consul General Stephen Ellison leapt into action at the weekend to save a woman who had fallen into a river coursing through a nearby tourist town.

The video on Chinese social media -- viewed more than 170 million times in China -- shows Ellison pulling off his shoes and jumping in to rescue the woman, who was floating face down.

"I think he should be commended for his act of bravery. I'd like to give him a big, big thumbs up," said foreign ministry spokesman Zhao Lijian at a routine briefing Tuesday.

We are all immensely proud of our Chongqing Consul General, Stephen Ellison, who dived into a river on Saturday to rescue a drowning student and swim her to safety. pic.twitter.com/OOgXqsK5oe

The 61-year-old former engineer had only recently been appointed to the role in the southern metropolis after serving for years at the main embassy in Beijing, and is an accomplished triathlete, according to local media reports.

The praise comes at a time of increased tension in the UK-China relationship, as Britain has frequently criticised China over its human rights record on issues including Hong Kong and Xinjiang, and barred Huawei from its domestic 5G networks.