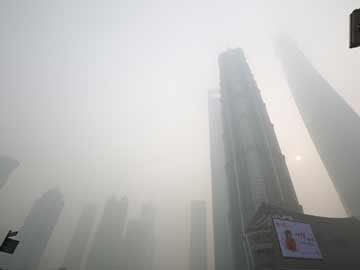 At the end of a two-day summit in Xianghe, a county about one hour's drive east of Beijing, representatives from the three countries said that they will to join hands to boost sustainable development.

Japanese Ambassador to China Masato Kitera said that environmental issues including climate change, as well as air, water and soil pollution, are shaking the foundations for human life, a situation which requires all nations to join hands in seeking solutions.

Kitera said the pollution is a common challenge to East Asia and that cooperation between China, Japan and South Korea is essential.

Cheong Young Rok, minister of economic affairs at the South Korean embassy in Beijing, said that the East Asian nations should learn from each other and build a mechanism for smog mitigation. He called on these countries to use environmental pollution as a spur to boost the green industry and create new job opportunities.

Lingering smog covering large parts of China for about the past month have caused traffic jams and school closures.

The bad air has also led to an increase in patients visiting hospitals due to respiratory problems.

Promoted
Listen to the latest songs, only on JioSaavn.com
Experts blame over-dependence on coal, an unreasonable industrial structure, as well as surging numbers of cars on the roads for the worsening air quality.