China Hits Out At Ex-Maldives President For Criticising Its Projects

China, which has invested millions of dollars in different projects in the Maldives, is weighing its options in the country as Abdulla Yameen has been trounced by Ibrahim Mohamed Solih, widely regarded as a pro-India leader. 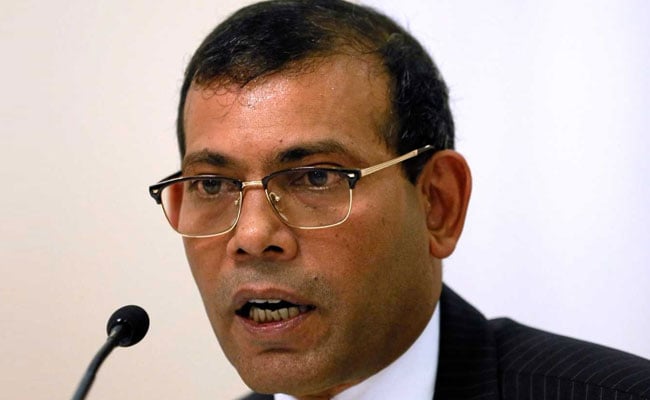 China on Wednesday lashed out at former Maldivian president Mohamed Nasheed for his "irresponsible remarks" criticising its projects in the strategic Indian Ocean island nation, saying they can't be "smeared by certain individuals".

The strong reaction from Beijing came a day after Ibrahim Mohamed Solih defeated pro-China Abdullah Yameen in the presidential elections.

China, which has invested millions of dollars in different projects in the Maldives, is weighing its options in the country as Yameen has been trounced by Solih, widely regarded as a pro-India leader.

While congratulating Solih, Chinese Foreign Ministry spokesman Geng Shuang said on Tuesday that China respects the Maldives' people's choice and hoped that the country can maintain stability and development.

On Wednesday, Geng, however, sharply attacked Nasheed for reportedly questioning the commercial viability of Chinese projects in Maldives lacking in transparency and democratic procedures.

Nasheed, who is currently exiled in Sri Lanka, is the leader of the Maldivian Democratic Party (MDP), to which Solih belonged and has in the past accused Beijing of "busy buying up the Maldives" during Yameen's presidency.

"Whether the cooperation between China and the Maldives can work out or bring benefits to the two countries is all up to what the two countries' people say. It cannot be smeared by certain individuals," Geng said.

He was replying to a question about Nasheed's reported comments in media that the Chinese projects in the Maldives lacked commercial viability besides transparency and democratic procedures.

"We are deeply confused and regret these irresponsible remarks made by certain persons. We shall reiterate that we will continue our cooperation on the basis of equality and mutual benefit, abide by the market rules and regulations. We will oppose if certain people harm China's interests," Geng said.

Commentaries in the Chinese official media attributed Yameen's loss to internal affairs in the Maldives and his move to arrest opposition leaders and Supreme Court judges.

Commentary in the state-run news agency Xinhua quoted the Chinese analysts as saying that though Yameen government vigorously promoted the development of the economy, it was weighed down by the contradictions arising out of the arrest of opposition leaders as well as the Supreme Court judges.

An article in the state-run Global Times said during Yameen's presidency, Maldives and China cooperated on major projects like China-Maldives Friendship Bridge and the Male International Airport expansion.

"Neither did Solih nor the opposition make any remarks hostile to China during the campaign. China and the Maldives have enjoyed sound ties... whoever takes the presidency, China-Maldives friendly ties will remain," the article said, reiterating Beijing's call a coordinated approach between India and China in South Asia.

Beijing has come up with a constructive 'two-plus-one' mechanism - China and India plus another South Asian country - as a demonstration of sincerity, it said.

This aims to harmonise relations between countries and serves the interest of all relevant parties, and is worth a careful consideration by New Delhi, the article said, adding that perhaps the two powers can have a try in the Maldives first.