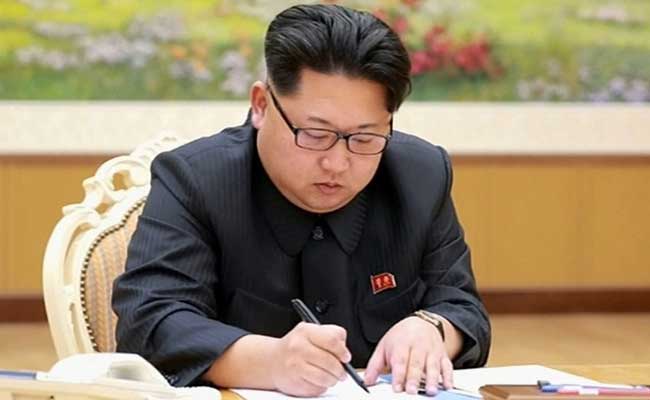 The test, two days before Kim's birthday, was a striking act of defiance in the face of warnings that Pyongyang would pay a steep price if it continued pursuing its atomic weapons programme. (AFP File Photo)

Beijing: China is unlikely to take strong action in response to North Korea's claimed test of a hydrogen bomb, according to experts who say Beijing prefers the devil it knows to the uncertainty that could follow a confrontation.

And whether Pyongyang would even listen is highly questionable, they say.

Governments around the world have long pushed the Asian giant to moderate its wayward neighbour's bad behaviour, arguing that Beijing's support for Pyongyang gives it particular influence over the hermit kingdom.

But that is ever less true, experts say. Relations forged in the blood of the Korean War -- with the countries once called "as close as teeth and lips" -- have taken a licking since Kim Jong-Un took control of North Korea following the 2011 death of his father.

"China's influence on North Korea is becoming weaker and weaker, the main issue is that the North's leadership do not listen, they are very stubborn", said Zhu Feng, an expert on international relations.

Beijing -- which regularly calls for calm on the Korean peninsula -- has become increasingly frustrated with its neighbour's antics, a feeling undoubtedly exacerbated by its fourth nuclear test.

Unlike his father Kim Jong-Il, Pyongyang's current leader has not visited Beijing since coming to power.

Last month, he dispatched his all-girl pop group, the Moranbong band, to serenade China's top leaders in what was widely seen as a sign of warming ties, potentially heralding a trip.

But while they were in Beijing, Pyongyang announced it had developed an H-bomb and the band suddenly headed home on the eve of their performance, leaving relations in the deep freeze.

Only four days later Kim signed the order to begin 2016 with the "thrilling sound of the first hydrogen bomb explosion."

Despite the shock developments, Zhu said, China's foreign ministry stuck to familiar language, firmly opposing the nuclear test and -- yet again -- calling for the resumption of the moribund six-party talks.

Commentaries in state-run media Thursday were also true to form, scolding the country but falling short of a call for direct action from Beijing.

An editorial in the government-published China Daily described the test as "risky, irresponsible and reckless", but said the problem was best addressed through the "collective wisdom and determination" of the international community.

There was no mention of what, if any, steps Beijing could or should pursue on its own.

In any case, Pyongyang is unlikely to prove receptive to Chinese measures.

"Kim Jong-Un might feel that he has, you know, sort of a nothing to lose kind of mentality", said Wang Dong, an associate professor at Peking University's School of International Studies.

If so, that leaves the international community in a "very difficult situation", he said. "How are you going to deal with a guy who feels, who believes, that he has nothing to lose?"

The test, two days before Kim's birthday, was a striking act of defiance in the face of warnings that Pyongyang would pay a steep price if it continued pursuing its atomic weapons programme.

The three previous tests in 2006, 2009 and 2013 triggered waves of UN sanctions, largely focused on individuals and companies linked to the weapons programme.

But China, a permanent member of the Security Council, argues that dialogue is the only way to moderate its behaviour and remains a major exporter to North Korea.

According to figures from China Customs, the country exported more than 176,000 tonnes of refined oil to North Korea in the first 11 months of 2015 -- more than the total for 2014 -- and over 23 million tonnes of grain.

But underlying everything is Beijing's desire to keep North Korea as a buffer between it and the prospect of US troops stationed on its border in a unified Korea.

"China keeps the Kim regime afloat with fuel supply, food assistance and an opening out of diplomatic and economic isolation," said Yanmei Xie, a senior analyst at the International Crisis Group.

"For Beijing, a nuclear armed North Korea is uncomfortable and disturbing", she said.

"But a regime collapse in Pyongyang leading to mass chaos next door and potentially a united Korean peninsula with Washington extending its influence northward to China's doorstep is downright frightening."