China Has Tried To Stay Positive With Donald Trump. But It Calls His Trade Chief Pick 'No Laughing Matter.' 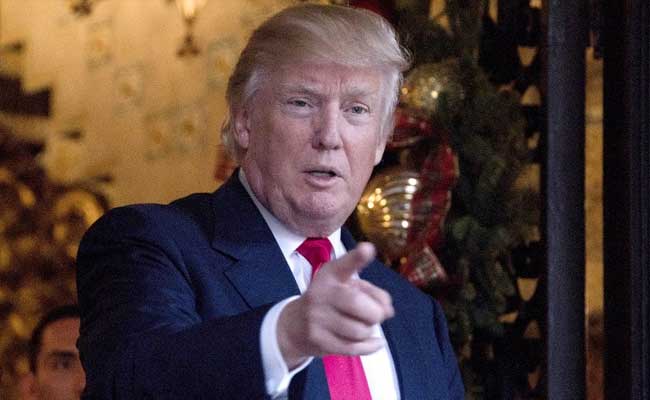 First there was the policy-trampling phone call with Taiwan's president, then talk of using the long-standing one-China policy as a bargaining chip in trade deals. And that's not even getting into the stream of anti-China tweets.

But with President-elect Donald Trump's appointment of a noted China hawk as the new director of trade and industrial policy, things just got even more testy for the country's Community Party-controlled press.

"There is real cause for concern," said an editorial Friday in the China Daily, headlined "Alarm bell ringing." The article described Trump's choice of Peter Navarro, author of the book "Death by China," as "no laughing matter."

The Global Times, a state-run newspaper known for its strident nationalism, was even more blunt.

"China needs to face up to the reality that the Trump team maintains a hard-line attitude toward China," it wrote. "It must discard any illusions and make full preparations for any offensive move."

Both papers recognized that there was a large degree of bluster to Trump's rhetoric and expressed doubt that the president-elect was ready to upend decades of a profitable relationship. But the editorials sounded a wary note.

During his campaign, Trump focused heavily on the loss of manufacturing jobs in the United States - some 5 million have disappeared since 2000 - and laid much of the blame on China. It's a message that resonates strongly in the Rust Belt, even though many economists point to deeper job-shedding causes such as automation and more streamlined production methods. Trump has accused China of manipulating its currency and engaging in unfair trade practices and floated the idea of huge tariffs on Chinese imports.

China's currency, however, has appreciated rapidly over the past 10 years and in fact the central bank intervenes to prevent it from depreciating. The International Monetary Fund has said that China's currency is no longer undervalued.

Navarro is famous for his antagonistic view of China, with book titles that say it all: "The Coming China Wars" and "Crouching Tiger: What China's Militarism Means for the World."

He has dismissed warnings that retaliatory moves against China could spark a mutually destructive trade war, maintaining that China needs the U.S. market too badly.

In the midst of Trump's apparent efforts to upend U.S.-China relations, Beijing's official response has been remarkably muted.
China has expressed "serious concern" over any renegotiation of the one-China policy - which, in Beijing's view, supports its claim that Taiwan is a breakaway state. But it has made it clear that issues of sovereignty and trade were utterly separate. So far, for the most part, it has preferred to accentuate on the positive.

Shen Danyang, the spokesperson for the Ministry of Commerce, said in a regular news briefing on Friday that the change of power in Washington would not affect the common interests of the two countries given that the economic and trade relations of the two were "interwoven" and "interdependent" and "mutually beneficial."

"No matter how the U.S. government changes, the common interests of China and the United States will not change. The two countries will not change their economic complementarities and reciprocity of trade," he said.

There is clearly a degree of worry in China over what a Trump presidency can bring and the scary possibility of a trade war between the world's two largest economies.

Trump's brash, America First manner appears to struck some in China as bullying, something that few are ready to endure.

Promoted
Listen to the latest songs, only on JioSaavn.com
"The U.S. can no longer push China around today," warned the Global Times.